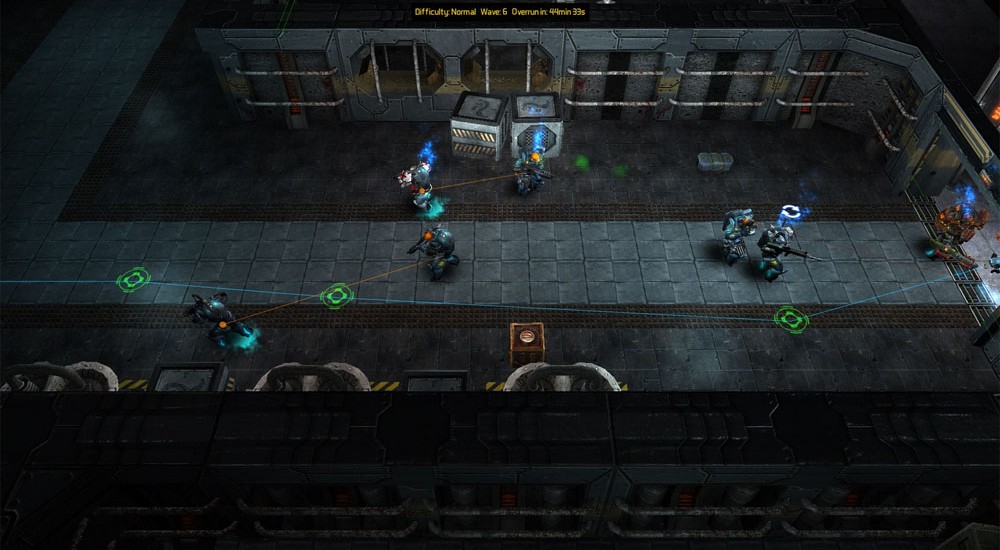 We informed you guys about The Red Solstice last May, when the game was entering alpha. Just recently, however, developer Ironward launched a Kickstarter campaign for just enough outside funding to help finish up its sci-fi RTS/RPG co-op game.

The Red Solstice has been in development for several years, with most of the development being funded by Polish studio Ironward itself. They're currently seeking a goal of $50,000 on Kickstarter to move from Red Solstice's current alpha version through the steps to a polished release-ready version. In addition, they will also use the funding to include additional content for the game. In the event they exceed their goal, Ironward also has plans to add "an epic single-player campaign," Mac/iOS/Linux support, more gameplay modes, and bigger, badder monsters.

In The Red Solstice, players will team up with up to 7 other friends online to investigate the fate of humans colonists on Mars. Players will be able to choose between 8 different classes (Assault, Heavy Support, Recon, Marksman, Demolition, Terminator, Hellfire, and Medic) which they will level up in a classic experienced-based system. The game is meant to be played in about 1-hour sessions where players will be tasked with objectives such as scavenging for supplies, finding/fortifying a base, and defending a base from waves of monsters. There is currently a demo available for the game.

The Red Solstice will support up to 8-player online co-op on PC (via Steam). The planned release date for the game is August 2014.