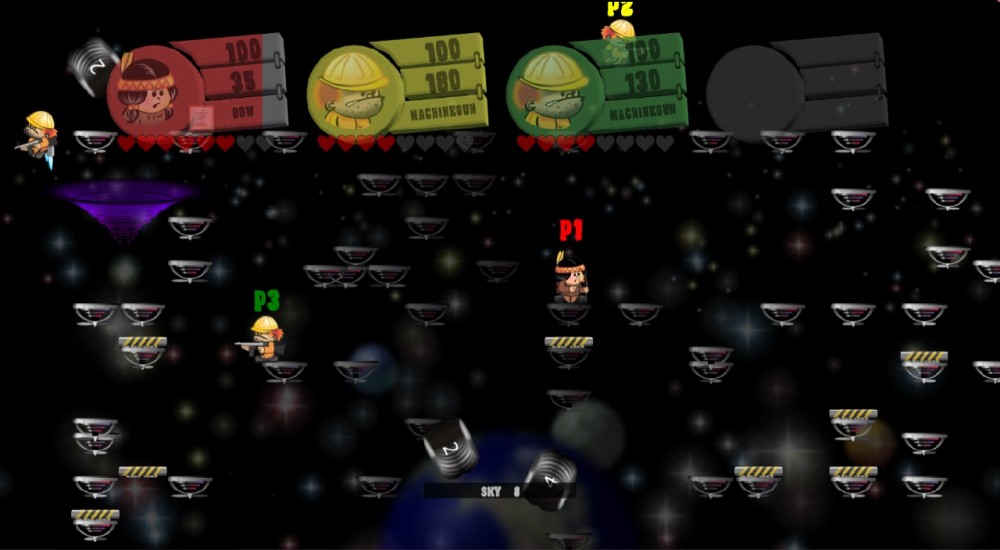 2D zombie killing platformer Left 2Die is available this month on OUYA. Four players work together using different classes such as the Medic or Farmer to fight waves of zombies in various outposts. After protecting four outposts in each level, you'll face off against a much more powerful boss.

Left 2Die features multiple player classes, abilities, weapons, and maps, and also includes a versus multiplayer mode. During the fights players are supplied with ammo and health via aircraft supply drops. Players can also pick up temporary powerups, such as projectiles that freeze or burn enemies.

The game costs a mere $.99, but also includes in-game purchases. Those interested can check out the free single player demo.