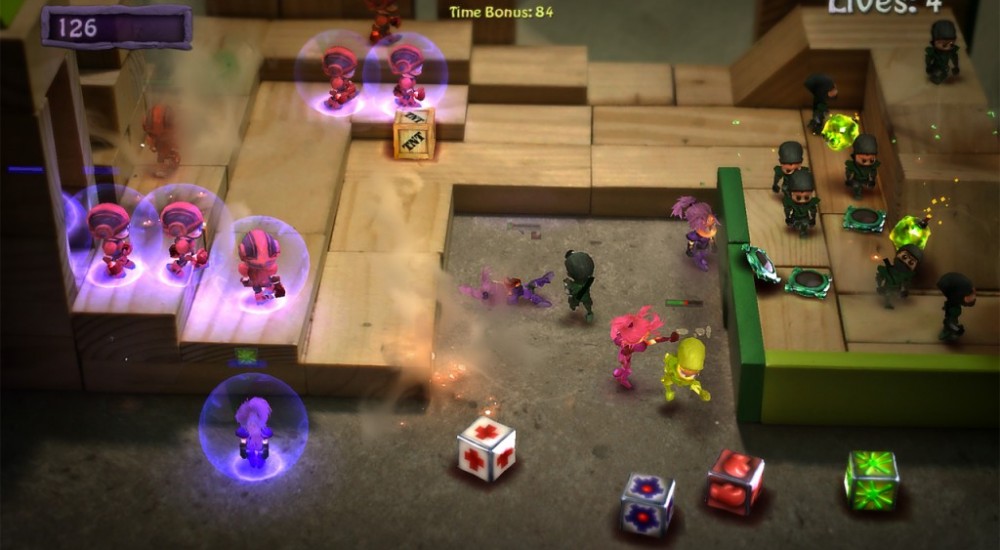 It's not every day you find a mobile game with co-op. It's also not every day that said mobile game looks gorgeous and has explodey bombs, too. Eric Froemling's party game BombSquad for Android and OUYA managed to squeeze all of that into a single package.

BombSquad is kind of like the best parts of Mario Party, Super Smash Bros. and Bomberman. The quick-bout arena brawler supports local and networked play for up to eight players, tossing everyone into a series of stages with the instructions to be the last one standing. There's a wide variety of modes to entertain yourself with, both competitive and cooperative. The usual battery of capture the flag, deathmatch and free for all features are there, but BombSquad sticks its neck out with some wacky modes like hockey, slow motion king of the hill, and soccer. Soccer with bombs? Now that's a game worth playing.

These insane bouts take place across a variety of arenas that feature tiny platforms, pits, narrow bridges, and all sorts of odd traps and obstacles to make sure you pay attention to where you run. Co-op sticks to team-based modes to pit players against computer controlled AI opponents that are just evil enough to make you grimace and shake your fist at them.

BombSquad is the kind of party game you play with Yakety Sax running in the background. It's currently available on Android and OUYA. If you're sneaky you can even find the game hanging around the Mac App Store, too.