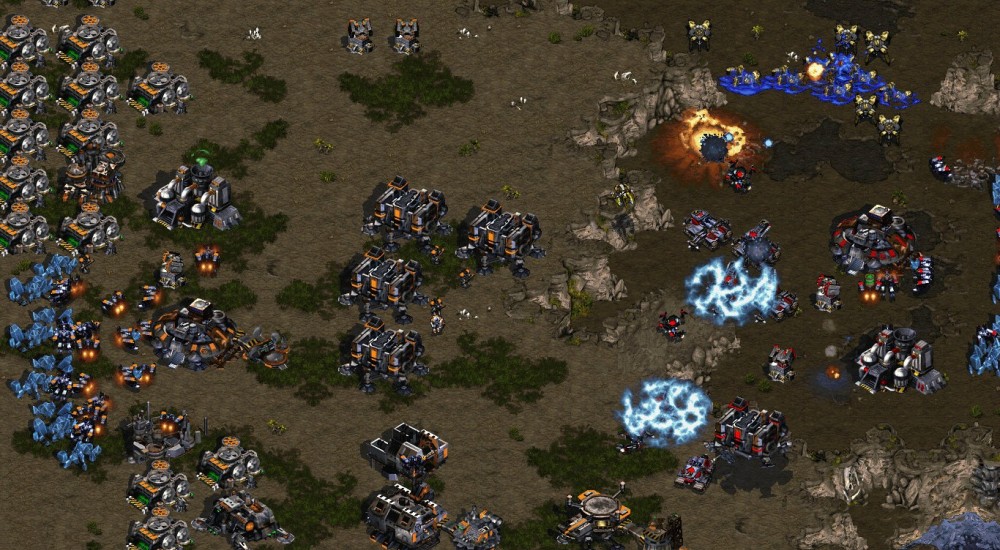 Co-op play is usually an afterthought in RTS games. The Command and Conquer series may have flirted with co-op campaigns in the past, but normally our beloved humans versus robot play is relegated to a skirmish mode. Well, the folks down at TyrZ got fed up playing through story missions by themselves, and produced a co-op Campaign mod for the original Starcraft.

Taking a cue from the skirmish modes, both players are left in charge of their own units and bases. Depending on what chapter of the story you're in, both of you will take control of that faction's units. Though, the final mission in the Vanilla version of the game gives you control over Terran and Protoss units. I have to wonder if they give each faction to one player in that scenario.

The industrious modders didn't just slap on a co-op mode; they tweaked each mission in both terrain and difficulty to compensate for two players. Speaking of difficulty, if you've played the Starcraft campaign a trillion times and mastered the subtle art of overrunning a Terran base with an endless swarm of zerglings, they've gone the extra step and included an "Insane" mode for both co-op and single player campaigns. You'll have to adapt to new strategies instead of bum-rushing Arcturus Mengsk's forces with your chittering hordes.

You can download all the co-op campaigns for the original game and Brood War, for free, from TyrZ's website right now!