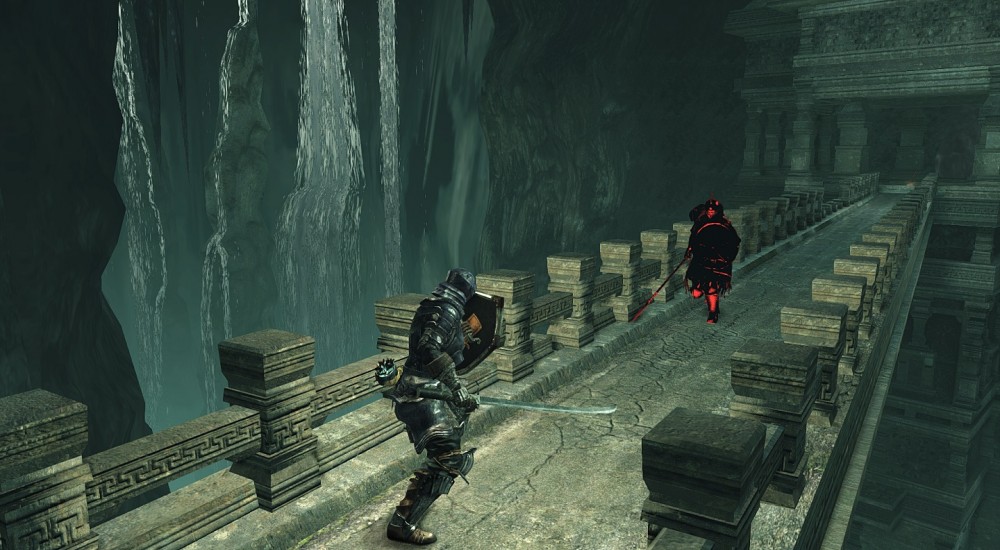 Are you a glutton for punishment? Our Co-Optimus staff sure is, and that's why we are very excited to hear that developer FromSoftware has finally released the first of three Dark Souls II DLC's, Crown of the Sunken King, today! As the very first portion of The Lost Crowns DLC trilogy that will be coming to Dark Souls II in the coming months, we already know that Crown of the Sunken King won't be a cakewalk in any way, shape, or form. As each chapter of the trilogy releases, players are expected to be challenged more and more, in true Dark Souls brutal difficulty fashion (they probably wouldn't want it any other way). As our previous article on the DLC stated, Crown of the Sunken King sends players on a quest to retrieve the crowns of King Vendrick in the vast depts of an underground pyramid cavern. Brave enough to tackle the hardships that unfold? Just remember: this is only the first of three! The trilogy as a whole will feature:

2). 1.5 times larger than Dark Souls: Artorias of the Abyss

3). Fans will be heartened by the Dark Souls franchise hallmark challenge & difficulty

4). "Challenge Route" included are harder than the main map - any player can still be summoned to assist in this portion of the map

5). Recover all 3 of the Lost Crowns to acquire powers beyond your imagination

6). Be sure to have all 3 Crowns in hand at the end for the exclusive right to reveal the most astounding surprise yet in the storied Dark Souls franchise! As for the following DLC's, Crown of the Old Iron King, featuring a tower based environment, will release this August 26nd, while Crown of the Ivory King, taking place in a world of ice and snow, will release this September 24th. All three DLC's will cost $9.99 each, but Steam does have a Season Pass bundle that includes all for $24.99!