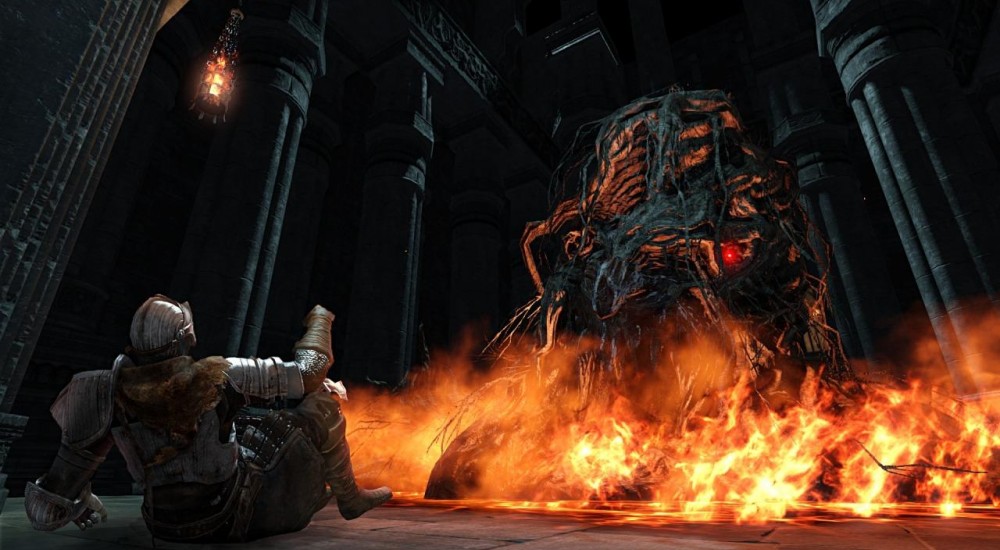 Congratulations to Dark Souls 2 for taking home the 2014 Golden Fitty award for Best AAA Game here at Co-Optimus. Our favorite game of last year is getting a bit of a face lift with The Scholar of the First Sin edition, due out on Xbox One, 360, PS3, PS4, and PC sometime this April. Packing in all three DLC's, as well as some new goodies, this definitive issue of DSII is being primed to totally wreck us and our brave undead cohorts with a new patch launching on February 5th.

This massive patch addresses everything from bug fixes, to performance issues, to game balance, to matchmaking issues, and pretty much everything in between. Here are some highlights, specifically ones centered around co-op:

The update is free for all players of the game, and offers a fun boost of interest before Scholar pops out to rough us up even further this April. You can check out the entirety of the patch on Bandai Namco America's Tumblr.

The majority of criticism for DSII (on this website, at least) seems to stem from the difficulty of getting together with your personal friends to rampage through a dungeon. Judging by the patch notes, that's one of their primary focuses of concern. Let's hope this patch makes the ability to summon your homies as painless as possible.