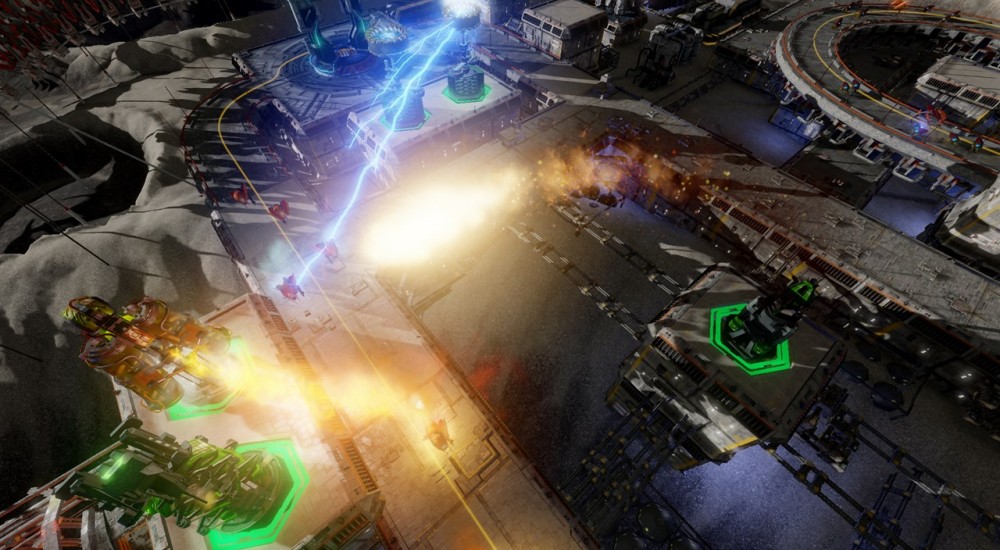 Looks like we're getting some advanced tactics from the minds down at Defense Grid 2. This week's new technique: not building your fancy laser towers directly in the path of the encroaching enemy. Here to help narrate these developments is General Fletcher, the man who elected to have his conscious eternally fixed in a giant planet-sized defense system with enough firepower to stop an alien invasion. I'm just waiting for him to slip up and read a "1" in stead of a "0" and accidentally initiate the Annihilate All Mankind Protocol. He is British, though, so he'd waste everybody very politely.

Part of the first Defense Grid's strategy was in placing towers in a formation forcing the aliens to take as long of detours as possible. If you straight closed off their path with towers, they'd just say "you guys suck" and dance between your towers. It added more of a strategy than "place your best towers here and hope for the best." These new "fixed path tower placements" aren't representative of all the maps in DG2, but it seems like a step back to me.