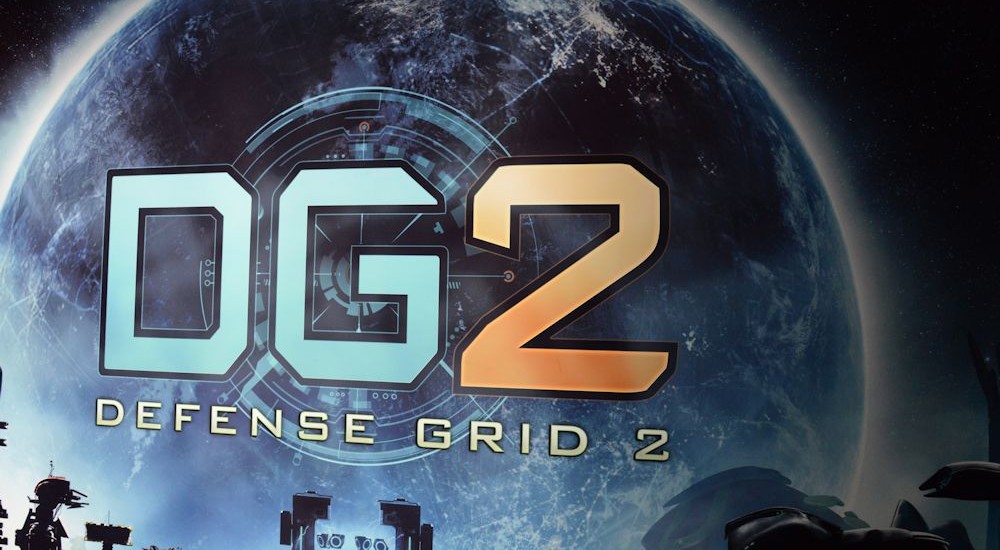 The tower defense genre exploded a few years ago with dozens of titles releasing for every platform imaginable. While the quality of such titles varied greatly, there were a few that stood out on top because of their polish and presentation. Defense Grid, from Hidden Path Entertainment was one such game. The game featured a unique story, excellent voice acting, and slight tweaks on the tower defense formula that made it quite memorable. Now the game is getting sequel partially funded by a successful Kickstarter campaign.

This year at E3 2014, Hidden Path brought a co-op build of Defense Grid 2. The game will feature a few modes of play for co-op gamers; one is called Doubles where players share a pool of resources while another is called Defense where players each have their own respective pools as well as locations on the map to build towers. The game was set up on a PlayStation 4 utilizing a couch co-op setup. Our cursors were tied to the same screen, but the map we played wasn't particularly huge, so I never felt constrained by my co-op partner who just happened to be Hidden Path's CEO. If you've never played the first Defense Grid, it's a little more open than most tower defense style games. Players are given a lot of freedom as to their placement of their towers. Defense Grid 2 adds a pathing options, which shows a highlighted path the enemies are guaranteed to take, while before, you could at times be guessing. The path can change based on what towers you place where, so you can alter the direction ensuring the line of enemies go by the most towers the longest way possible. The game is smart enough to not let you completely block the enemy army from getting at your cores. In co-op this actually had an interesting effect because at one point I sold one of my towers that was the cornerstone to the enemy movement later in the map. My partner was placing his towers based on that and once I removed it our whole plan went kaput.

Graphically the game is looking great with lots of fine little details on the characters and the towers. We saw laser towers, missile towers, and new to the game are booster towers. These based allow you to redirect enemies while also putting an additional tower of your choosing at the top. These towers then get another buff. You can always upgrade our sell towers at anytime, provided you have the resources. Resources are earned by a slow constant rate, but you'll earn bonuses for completing certain waves. Hardcore tower defense players will be happy to hear there's lots of stats tracking and detailed analysis of how the level played out over time. The game will also feature Steam Workshop support for player created levels (it'll ship with a level editor) - and the very best levels published will be integrated into the game by Hidden Path entertainment, with the creators getting a cut of the sale price.

Hidden Path has put together a really slick take on the tower defense genre once again, this time integrating optional co-op play through any of the levels. Co-Op can be locally or online for two players and it'll be available on all platforms including PlayStation 4, PC, and Xbox One.

Defense Grid 2 is out this Fall. We'll have a full video interview with Hidden Path's Jeff Probst coming shortly.