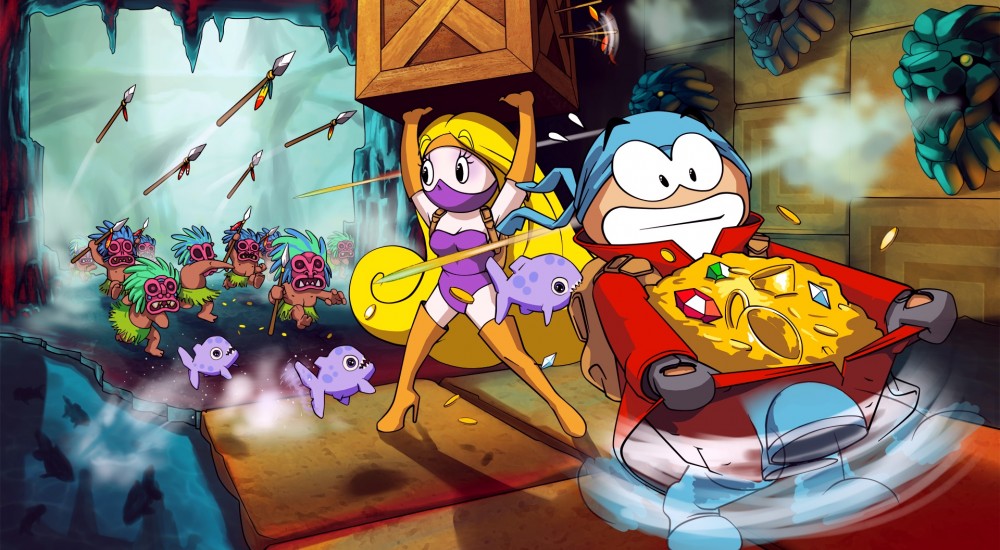 Last summer a charming little co-op puzzle platformer called Wyv and Keep: The Temple of the Lost Idol made its way onto PC. The game found you and a co-op partner guiding the titular heroes through an ancient jungle ruin in search of treasure. Though it was initially only available for purchase through the game's website or Desura, this Friday it will be available on Steam.

Thought the game has been out since last June, developer A Jolly Corpse hasn't been idle. Jesse and Beau have been working on tweaking and polishing up parts of the game, including the online co-op play that wasn't quite stable when it arrived last year when Tally reviewed it.

The game has received a significant makeover in preparation for its Steam release, and online play has received stability improvements and additional functionality. A great amount of polish has been given to the art and the core gameplay, making the experience feel more satisfying than ever.

Wyv and Keep: The Temple of the Lost Idol will be available for $14.99 on Steam this Friday, August 8 for PC, with a Linux and Mac release to follow.