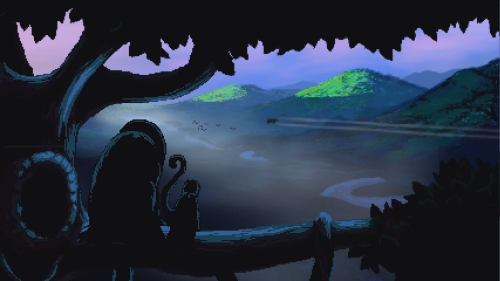 You may recall last year when the cooperative puzzle platformer Wyv and Keep was (at the time) a game that would see release within the year. Fast forward several months to now, and well, it will be seeing its imminent release! You'll bfinally e able to work your way through the jungles of the Amazon with the treasure hunting duo on June 14. The game is all set to be released on PC, Mac, and Linux through Desura and through the game's website for $10. You can also pick up a 2-pack so you and a friend can get online together for just $15.

Need a quick refresher what this game's all about? Not a problem.

Wyv and Keep is a 2D platform-puzzler starring two rookie treasure hunters. It’s packed with team-based puzzles where you must use both characters to unlock and reach a door to the next level. You can play solo, switching between the two, or cooperatively, locally on one computer or online. It’s full of action, adventure, and comedy. You’ll be dodging poison darts, snakes, and spear-throwing pygmies, leaping over spike traps and pits of lava, and using dynamite to blast through crumbling walls and floors, all while being entertained by the looney antics and witty banter of adventurous Wyv and cunning Keep!

What can you expect in the full game? Here we go!

When I previewed the game last spring, I thoroughly enjoyed the game as it existed. Since that time, developer a jolly corpse has been spending plenty of hours tweaking things and adding in more features, like the level editor and bosses.

After all the joys of co-op heisting in Monaco, a puzzle treasure hunt sounds like just the thing to tide me over until the next cooperative indie game comes along. June 14th can't get here soon enough!