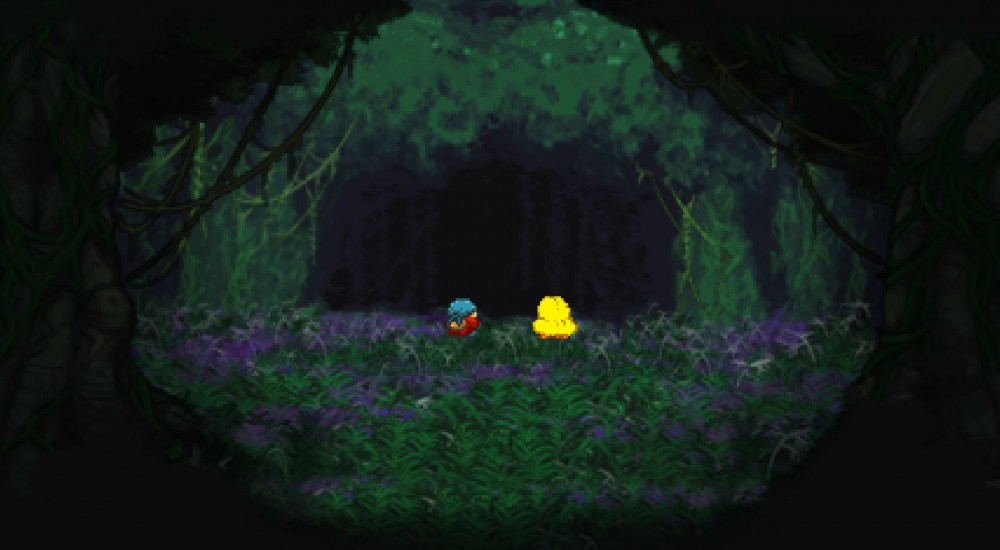 Looking for a way to traverse the jungles of the Amazon, solve devious puzzles, and all the while collecting long lost loot? Then you may want to check out Wyv and Keep: The Temple of the Lost Idol, out on Steam today. We reviewed the game when it first came out last year, and wanted to offer some quick impressions of the Steam version.

The biggest improvement to the game from its initial release is the stability of the online co-op portion. Players seeking to team up with other treasure hunters can now do so by dropping into the online lobby and inviting players to a game. The host player chooses the starting level (which is determined by the host player’s progression from the local side) and the second player joins in. All progression made in the game tracks back to both players’ games, so later stuff could potentially be spoiled, but the lobby allows you to basically call out what level you’re playing or looking to play. Inviting specific Steam friends to a game via the Steam interface currently isn’t supported, though further Steam integration is being looked at for future updates (including a map editor feature).

If you’re worried about chatting with your partner, then you can type messages to one another to provide insight for where to go and what to do. You can also drop flags to indicate where boxes should be pushed or dropped, or where you would like your co-op partner to go. It’s an effective system for getting around the voice chat issue, though certainly 3rd party chat systems like Skype or Ventrilo, or even Steam’s own voice system, can be used for talking with friends. Aside from the online stability, the Wyv and Keep has also seen a few tweaks here and there to the overall presentation. Most of these improvements are subtle and really only stand out if you played it when it was first released. To anyone who is new to the title, Wyv and Keep will look like a really polished 16-bit game from the heydays of the SNES and Genesis.

Graphics and online functionality aside, the core mechanics and overall goal of Wyv and Keep remain the same. Each level you’ll have to work as a team to figure out how to get to the one door that leads you to the next level. Getting there won’t always be easy as you may have to trigger a switch first to open it, and that switch only gets triggered by having a box on top of it. The setups for many of these levels get more and more elaborate as you progress, and solving a few may require some precise timing on you and your partners’ part, but they never feel impossible. The hardest level my partner and I came across probably took us around five minutes to figure out, but once we did, it was a real moment of triumph. That’s really what Wyv and Keep is about, too. Those moments of triumph when you overcome the hazards of a level and make it out alive. Once you do, you can challenge yourself (and your co-op partner) further by trying to beat a particular level in a certain amount of time, while not dying or restarting it, and getting all the treasure possible, and thereby keep those moments going. While the online stability and option makes co-op play easy, Wyv and Keep still shines as an example of a great couch co-op game. After all, those hard fought victories are best celebrated with a good high-five.