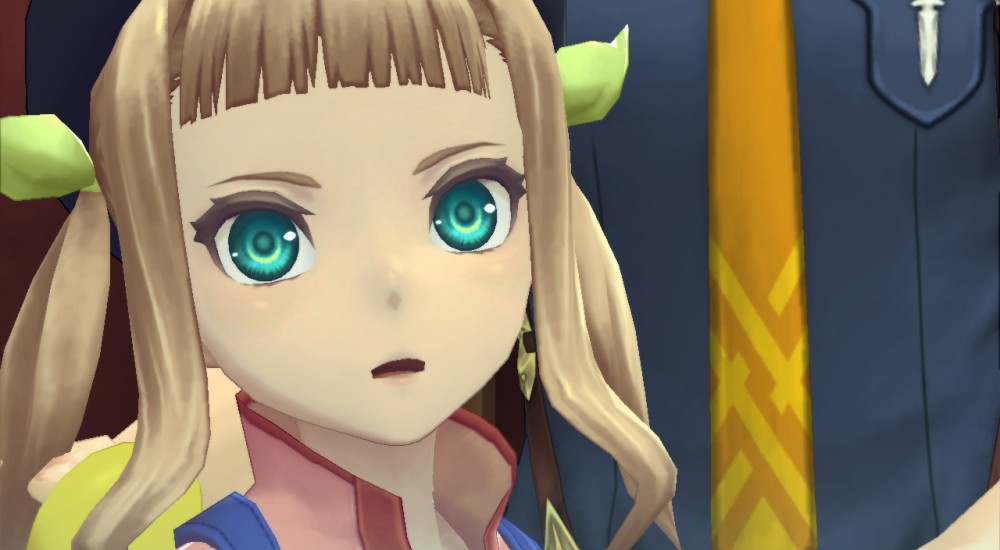 Last week, I went hands-on with Tales of Xillia 2 (ToX2) at the Bandai Namco NYC Showcase Event. ToX2 releases in just a couple of weeks so if you’re on the fence about this one, let me share with you my impressions of the game from my demo session.

ToX2 is the sequel to Tales of Xillia, the Tales JRPG that came out in North America almost exactly a year ago (also on the PS3). During development of the game, ToX2 was originally envisioned to be part of ToX, but in the end the game ended up being so long, it was separated into two different games. ToX2 takes place in the same universe a year after the events of ToX. More specifically, it takes place in Elympios, the tech-focused sister world to Rieze Maxia.While characters from the first game make appearances and are very much a part of the story, ToX has two new protagonists: Ludger and Elle. We’ll save more details on the story for the review, but suffice to say that though the story of ToX2 adds on to the story of ToX, it’s a fully self-sustained story in its own right. It’s absolutely not necessary to have played ToX before playing ToX2. Since ToX2 is a direct sequel, gameplay is very similar to ToX. Like in most Tales games, exploration is controlled by one player, while the combat portion of the game supports up to 4-players in co-op. For those of you who follow the ridiculously named battle systems for the various Tales games, ToX2 uses the Cross Double Raid Linear Motion Battle System (XDR-LMBS). This is a variation of the Double Raid Linear Motion Battle System (DR-LMBS) used in ToX. Though I’m sure there’s some small differences, from the small amount I played, the battle system felt nearly identical to its predecessor. Linked artes make a return, which likely means that 2-player co-op may again be preferred as it was in ToX (when a player links to another character, the AI automatically takes control). Despite much being the same between ToX and ToX2, there are a few substantial differences that will probably entice Tales franchise fans. On the story side of things, after returning characters from ToX join the party, special story chapters will be unlocked focusing on that character. One unlocked, players can play through these chapters by simply talking to the character in question. During play, the story will switch to their point of view, so to speak. This will help clear up some questions about what happened to that character between the two games. These are completely optional chapters and are an opportunity for ToX players to learn more about their favorite returning characters.

While ToX had players make a choice between the game telling Milla’s story or Jude’s story, this time around Ludger is the only focus here; however, choice is very much a factor, but in a different way. During key story events, players will be prompted to make choices as Ludger. These choices will have effects on later events. Ludger will even have choices in combat, as well. Unlike all of the other playable combatants in the game, Ludger will have the unique option to switch between three different kinds of weapons: dual blades, dual pistols, or a warhammer. Certain enemies will have resistances to slashing, piercing, or blunt weapons, so swapping between weapons will be a sort of minigame to get the most efficiency when playing Ludger. Ludger will also have a special form that he can activate which will temporarily boost his effectiveness. All in all, ToX2 looks exactly like what it’s supposed to be: a full direct sequel to ToX. It’s a continuation of the world’s story that was started in ToX, but with a new plot and new main characters. Gameplay is very similar with a few intriguing changes. If you didn’t like ToX, you should probably skip ToX2. On the flip side, if you liked ToX, you will almost definitely like ToX2. While the gameplay is much the same, the story is clearly not a rehash of the first game. It will give ToX fans a chance to return to the world, find out what happened to their favorite characters, and experience the world from the Elympios side of things.

Tales of Xillia 2 is due out in North America on August 19th. It will support 4-player local co-op on the PS3.