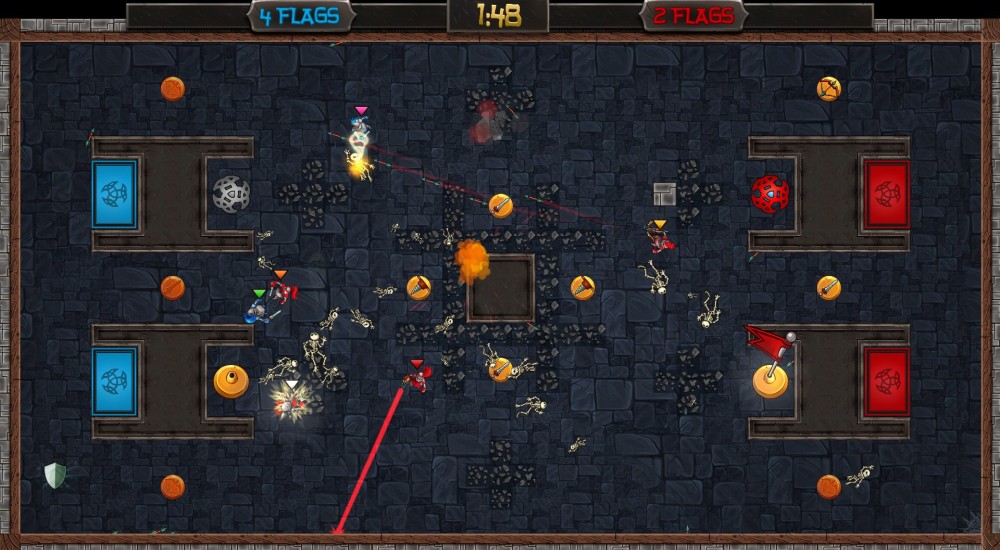 Fans of the frenetic mayhem that is Gauntlet might have some group-oriented play to look forward to in Knight Squad. You and your buddies take on the role of valiant knights who battle to the death, perishing countless times in brutal arena matchups with various goals. Currently available on Steam's Early Access, the co-op arena game is destined for Xbox One sometime this fall.

Check out the trailer below.

What kind of Knight signs up for a quest where they will most definitely be killed like, a hundred times to satisfy someone's Bloodsport Addiction? Something tells me these folks might not have passed the Knight Exam.

The co-op portion of the game involves your team (of one to eight valiant warriors) charging through floors of the "Tower of Destiny." Here you'll embark upon different challenges and various game types, collect power ups and beat down Boss Bots. If you don't have enough flesh and blood crew members to fill out a particular challenge, the computer will step in and give you some friendly AI fools to even out the playing field.

The Bomberman and Gauntlet inspirations are laid on pretty thick here. Collecting anachronistic power ups like laser cannons, enduring chaotic, brain stunning effects in a teeny arena with exceptionally fragile warriors? It's like those two games combined, and morphed into Gaunterman, or Bombertlet, or something. Knight Squad is available right now on Early Access for $9.99, and will be available "sometime this fall" on Xbox One.