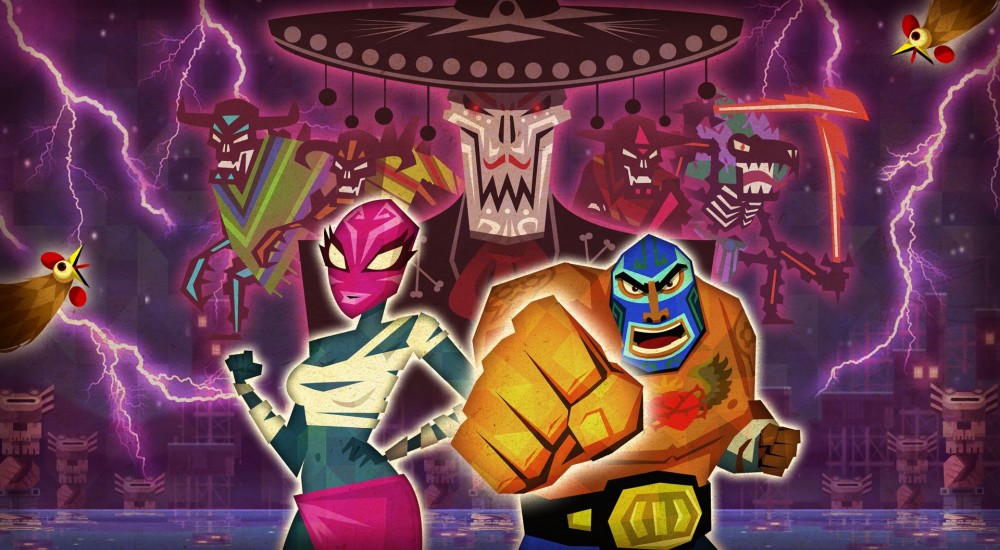 Luchadores don't get a whole lot of positive rep in video games. Sure, a couple grace the rosters of a handful of fighters, but most games have our heroes and heroines fighting against the forces of hyper-muscular, well oiled wrestlers. Luckily for masked, enthusiastic meatheads everywhere, Guacamelee! Super Turbo Championship Edition exists to squelch the stereotype of the luchador villainy. And for those of you who missed out on the console versions of the Day of the Dead Metroidvania stomp, it's coming to Steam tomorrow for $14.99.

Despite the infinite power of the PC and the Information Super Highway, Super Turbo Championship etc still remains remote play only. Perhaps we'll get some online Metroidvania multiplayer fun someday, but we're not quite there.

G!STCE makes improvements on the original by including the original DLC, a new area to stomp around in, even more Mexican-themed badguys, a handful of new moves to obliterate said badguys with, and an extra boss. Owners of original version of Guacamelee will be given a 66% loyalty discount on the cost of G!STCE, which makes upgrading less of an elbow drop to the wallet.

We found the original Guacamelee! a fairly satisfying romp. With a dearth of co-op Metroidvanias out there, this might be enough to satisfy that particular craving.