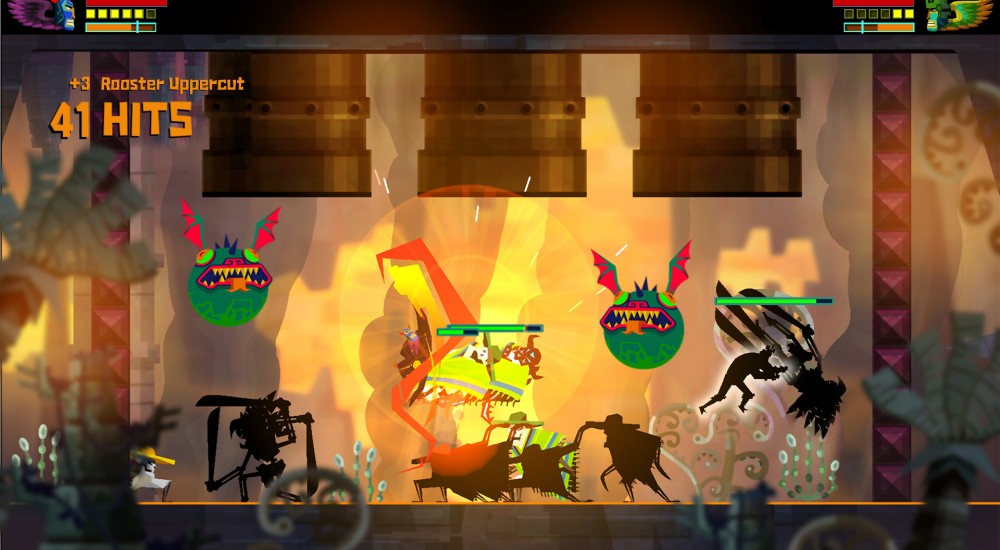 Announced earlier last month, Drinkbox Studios is bringing an all new Guacamelee game to consoles this July: Guacamelee! Super Turbo Championship Edition. While it might be up for purchase for many of the consoles, the Xbox One will be offering it for free to Xbox Gold Members.

The game will first release for PS4 on July 1st, while Xbox One, Xbox 360, and Wii U will then have their versions released on the following day, July 2nd. The game will cost $14.99 on all these platforms, but the Xbox One version will be a part of the Xbox Live Games with Gold program instead. This means that Super Turbo Championship Edition will be downloadable for free during July, with Max: The Curse of Brotherhood (one of June's two free titles) continuing to be free into July. Halo: Spartan Assault will, unfortunately, go back to its normal pricing on July 1st.

As stated in an previous article, this version is designed to be the best Guacamelee yet and with 2-player local co-op still intact. Some of the games notable features include:

On a side note, Gold members with Xbox 360 will have Gotham City Imposters to download for free until July 15th, then a fantastic co-op title, BattleBlock Theater, will be free from July 16th until July 31st.