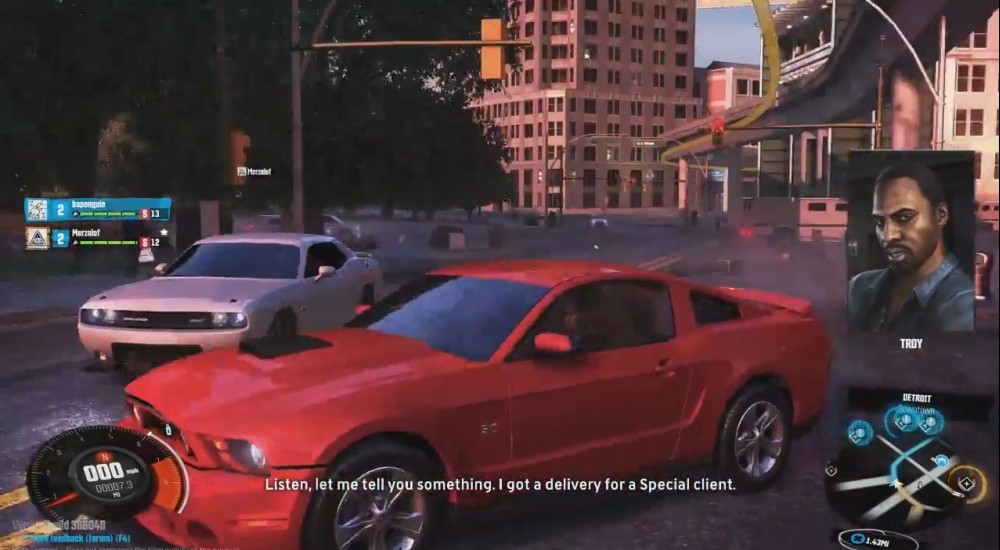 Locke and Nick take you on a virtual tour of Detroit, courtesy of The Crew. The game's claim to fame is the ability to drive anywhere in the United States, and to do it with a buddy by your side. The game has claimed co-op since the beginning, so we were really curious to dig in with the beta and see what it has to offer.

So what did we discover? It appears the co-op missions, at least early on, are nothing more than races you can do together. You still compete against each other to some degree, earning only the credits from the race for your place - but as long as one player completes the objective both players will get credit for the mission as complete. Up to four racers are supported per mission, and so far the missions are basic races against AI or the clock.

We're gonna query up Ubisoft and find out if there are any co-op specific missions (relays, etc) later on in the game. Otherwise we're going to BARELY consider this game co-op. Check out the replay from last night's stream - the game is absolutely gorgeous for sure and seems plenty deep.