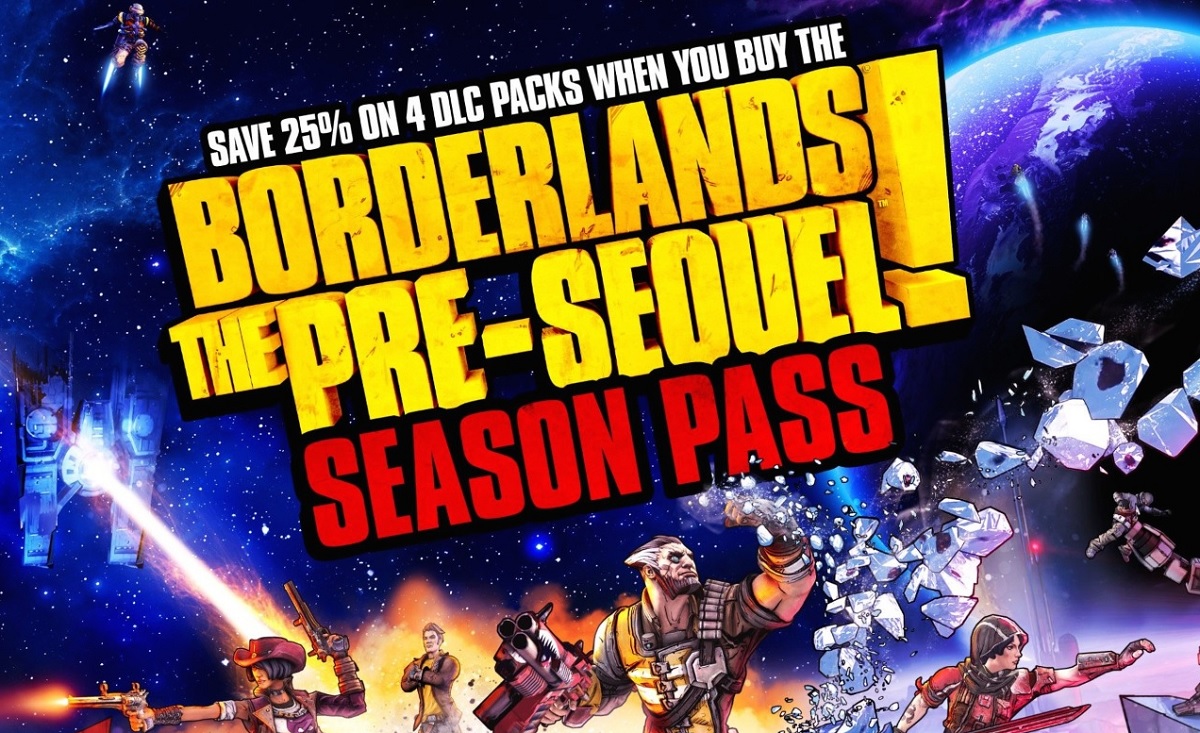 The Borderlands series has been a confirmed favorite here at Co-Optimus for some time, not just because the 4 player co-op rocks, but because the games are supported with great DLC for months after.  Borderlands: The Pre-Sequel looks to continue this trend with the announcement of a Season Pass.

Not a huge amount is known about the DLC for Borderlands -1, but give them a break; the game is not even out yet.  What you will get with the pass is a 25% reduction in the cost of 4 pieces of DLC.  The poster suggests these will supply; new missions, new challenges, new characters and new experiences.

What is less vague is the price; the Season Pass will set you back $29.99.  The individual pieces of DLC will cost $9.99, I will let you do the mathematics. For those looking for some guaranteed additions, preordering the game will provide you with access to the Old Dahl Factory and a mission that is only open to those who buy early.  Think fast as Borderlands: The Pre-Sequel is out on 14th October for Xbox 360, PS3 and PC.