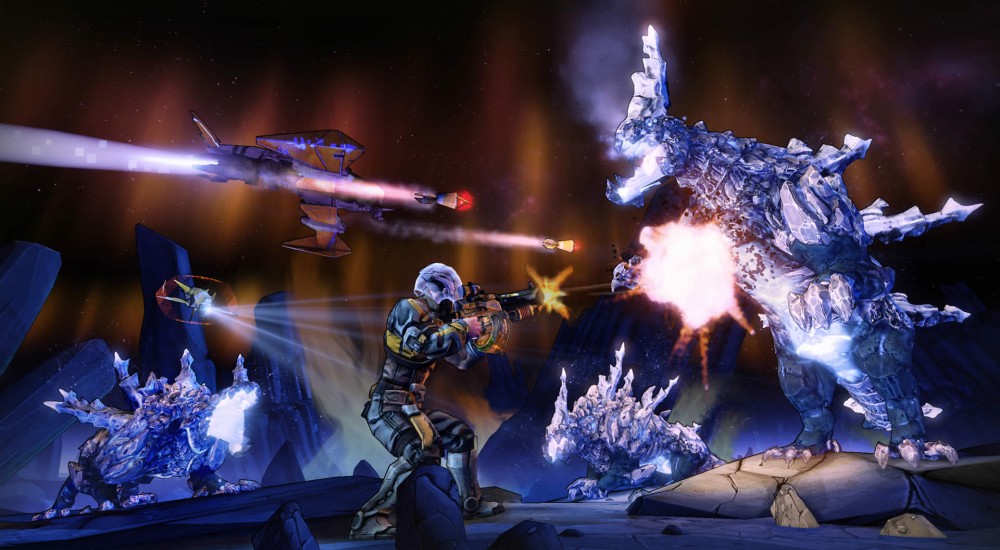 Want Borderlands: The Pre-Sequel on your current gen consoles? It might happen - if you want it bad enough.

In an interview with Gamereactor, Tony Lawrence of 2k Australia said "If fans say, 'Hey, we'd really like this on a next-gen console,' well, we'll think about that. But right now, we're concentrating on the consoles we know." This kind of statement coming at the beginning of a new hardware generation isn't anything new, but seeing titles old and new get remade for the current gen has now become commonplace.

Gearbox's Matt Armstrong also talked about the possibility of bringing the game to the current gen, saying, "We'll think about that, we'll see how people react to the game, how much fun they have, and whether or not everybody moves on to the next gen fully next year."

It might be possible we'll see a "definitive edition" type of release on PS4 and Xbox One in a year or more, but for now there is no official word. Originally, Gearbox's Randy Pitchford explained the reason for Borderlands: The Pre-Sequel only being a last gen title, saying "There are fewer Xbox Ones and PS4s than we sold copies of Borderlands 2," which really comes down to sales. If there's a market in the future for the game on current gen consoles, a current gen release may in fact happen.

You won't need to wait too much longer to get your hands on the last gen version of Borderlands: The Pre-Sequel, which launches October 14 on PS3, Xbox 360, and PC.