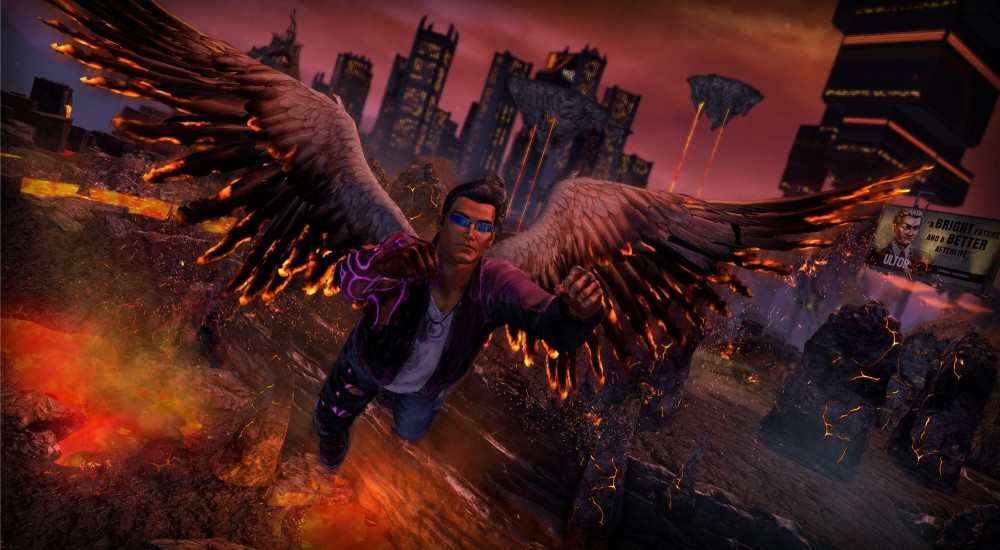 The Saints Row series abandoned any pretense of sanity around the time you were hosing down business men with a septic truck, accompanied by a revolutionary French mime. It's not exactly much of a stretch to assume the newest installation in the series, Gat Out of Hell, will be anything less than completely ridiculous. A completely stand alone title, Gat Out of Hell features series regular Johnny Gat and Kinsie Kinsington breaking into Hell to rescue the Boss/President of the Saints from having to marry the devil's daughter.

This standalone product is headed to consoles and PC on January 27th, for the low price of $20.

Did you welcome in the current generation of consoles by throwing your PS3 or 360 into the trash? Are you longing for the superpowered presidential hijinks of the Boss and Crew? If you answered "yes" to both of those questions, you're in luck. Saints Row IV is coming to Playstation 4 and Xbox One early next year with Saints Row IV: Re-Elected. This current gen version comes in at $29.99 and includes all of the DLC for the original game, though you can snag Re-Elected edition with the new DLC, Gat Out of Hell for $49.99.