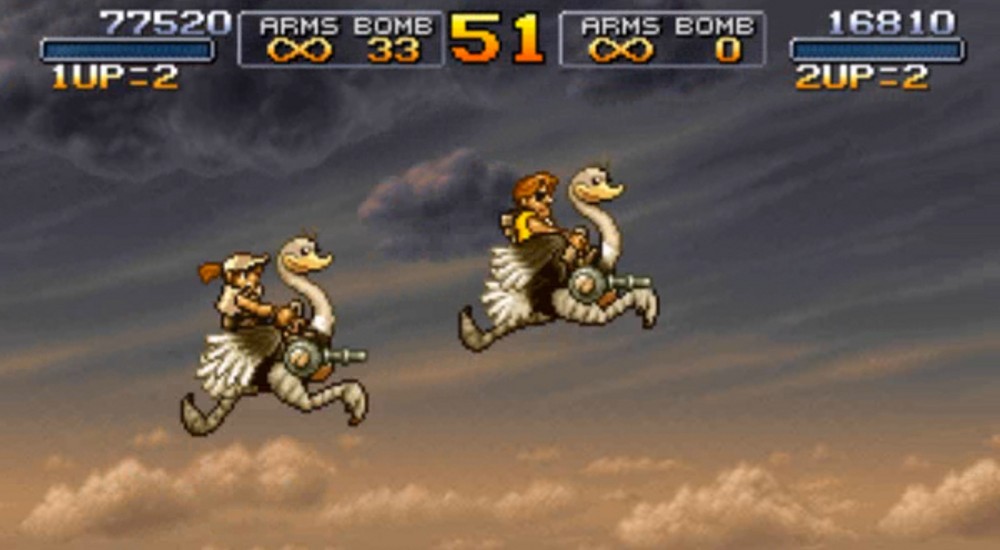 The undeniably awesome arcade series Metal Slug is about to spawn another nugget of entertainment on the PlayStation Network. Developer SNK Playmore has announced Metal Slug 3 is coming to PS4, PS3 and PS Vita sometime this winter. It's time to rescue some innocents the only way we know how: by shooting all the weapons!

The Metal Slug series may seem a little simplistic by today's standards, as it was originally designed to be a quarter-munching run and gun arcade game. Loosely translated, this means you hold down the fire button and try not to get hit. Metal Slug 3 includes more weapons and some interesting vehicles to ride in, which does add a little bit of spice to the slug dinner. The pixel art was something to be hold back in the day, and it still looks frickin' gorgeous, if you ask us.

The PSN version of Metal Slug 3 will remain true to the original NeoGeo game, just with some new added online features that are being kept under wraps. We're assuming online co-op is one of those features, as that would just be super, wouldn't it? The PC and Xbox versions have online co-op, so, you know... Metal Slug 3 will run on SNK Playmore's NeoGeo software emulation as previously seen on PSN. The team is promising the highest quality emulation yet.

Metal Slug 3 is coming to PSN this winter. It will support two player local co-op, and if we're all really, really good, SNK-Santa might just add online co-op, too.