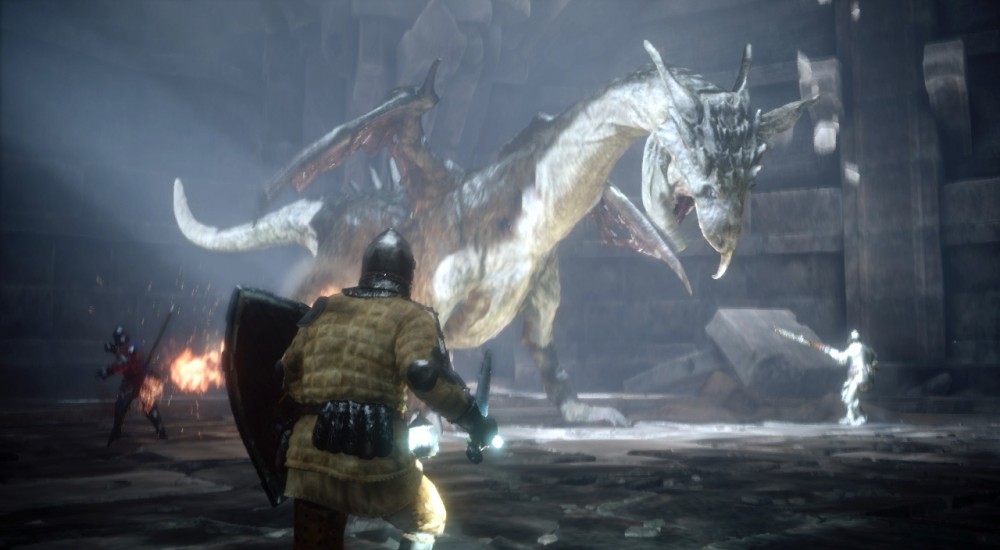 Capcom is being pretty tight-lipped about its PlayStation 4 exclusive RPG Deep Down. The game was shown off back in 2013, but since then only a few screens and a short trailer have been released. So... what's the deal, Capcom? Can we come over and play?

It's not much, but a new video has been released talking about Deep Down and showing off brief bits of footage. Everything is in Japanese with nary an English subtitle to be found, but if you skip forward and look at the pretty pictures, you can still learn a thing or two.

Deep Down shares a style and ambience with Dark Souls, which is most likely a good thing. The environments shown are very cavey, but they're procedurally generated, so you really won't know what's waiting for you around the corner. When you're not in a cave you're in a futuristic NYC circa 2094. Nobody knows why or how this fits into the story, but it looks rad, and rad will be a very hip thing to say 80 years from now.

For co-op play, Deep Down will support online groups of as many as four players. Teams will work together to take down big chunky enemies. Skip to about the 4:30 mark in the video to see that in action.

Deep Down is still under heavy development, but basically we're just glad to see it still exists. The Japanese beta has been delayed to next year, so we'll probably have another long wait before more information is released.