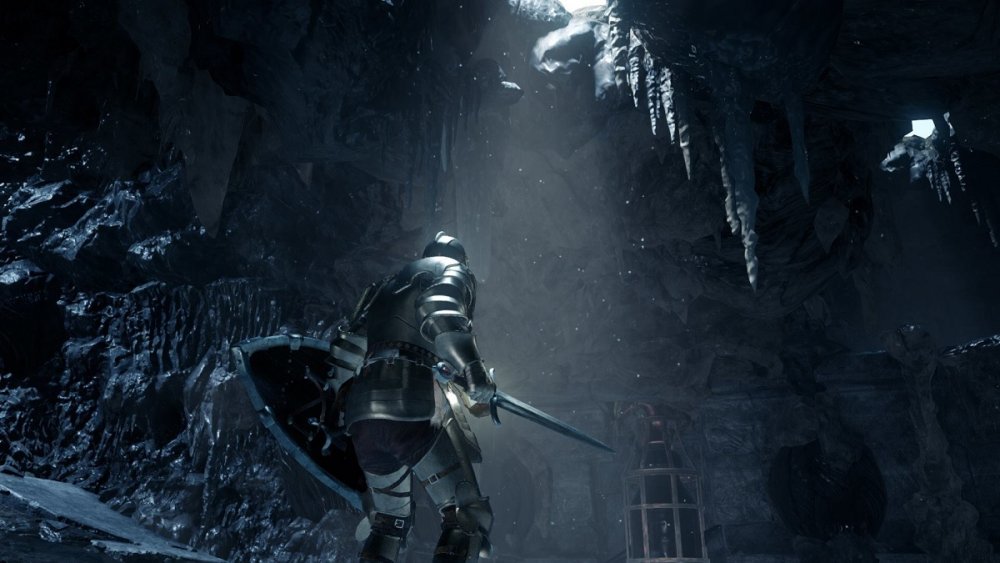 Capcom's on-again off-again PS4-exclusive RPG Deep Down has had a strange life. Information leaks have been extremely slow and cryptic. The latest trailer from the Tokyo Game Show (TGS) finally gives some solid (English!) information about the game, shedding a little light on its sci-fi meets dark fantasy setting.

Deep Down takes place in the year 2094 when mankind collectively decides to tear down all these box buildings we've made and replace everything with curved, sleek designs bathed in warm blue light. The game focuses on reliving memories by touching objects. Judging from some of the nightmarish beasts shown in the trailer, the memories aren't good ones.

Gameplay in Deep Down takes place in procedurally generated cave-like worlds stuffed with massive creatures that absolutely need to be slain. Co-op play pulls in up to four players to work together to hew gargantuan enemies that spit fire and have more claws and teeth than brain cells.

No release window has been announced, and the game hasn't technically been confirmed for an outside-of-Japan release, either.