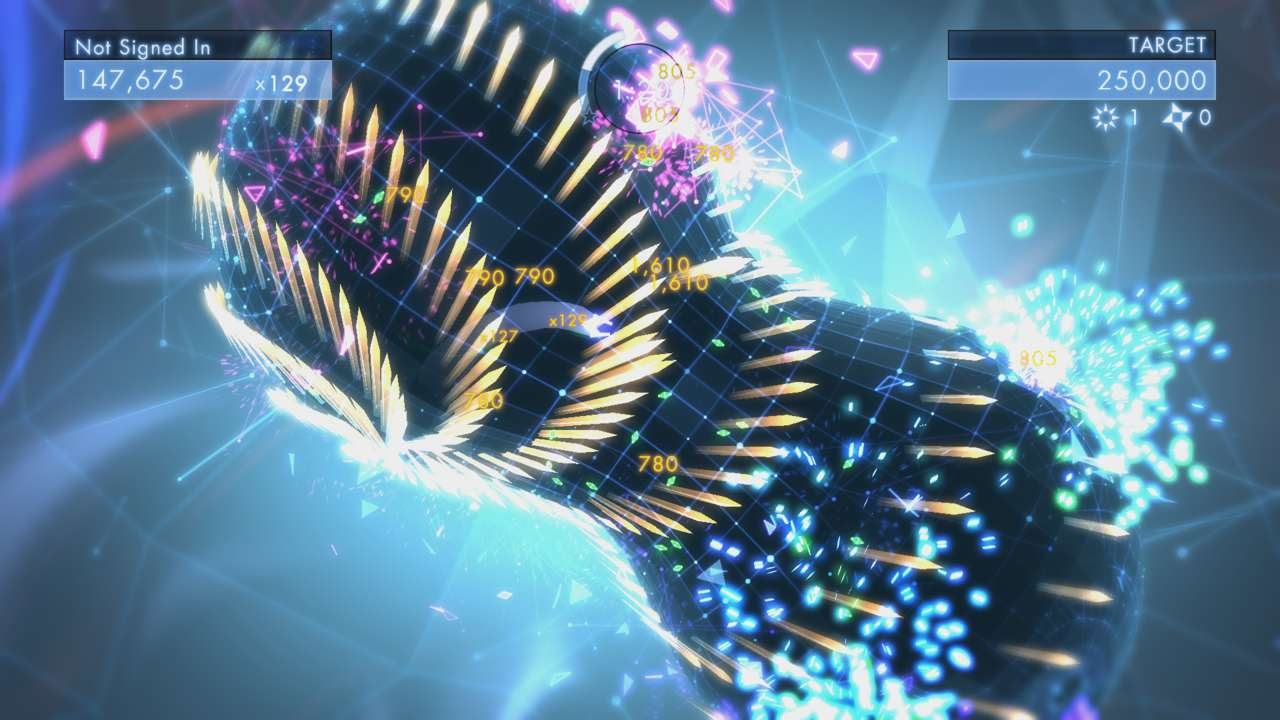 Things that I like; twin stick shooters, manic gameplay and ear bleeding music.  I have just described to you any game in the excellent Geometry Wars series and the new behind the scenes peak at Geometry Wars 3: Dimensions looks like things are going to continue thus; in 4 player local co-op.

Geo Wars 3 is unlike the previous games in the series as it is not just Xbox exclusive, but will also find its way to Sony platforms and PC.  The new 4 player co-op mode button is seen briefly in the below Dev Diary, but seeing the word co-op is different from what the Devs have to say; it all sounds a little versus to me.

However, with no confirmed release date and no co-op focused trailer, in the newly formed Sierra Games we trust:

Learn about the next evolution of Geometry Wars from the developers at Lucid Games. Craig Howard and Nick Davies give you the inside scoop on multiplayer, 3D grids, boss battles, and more!