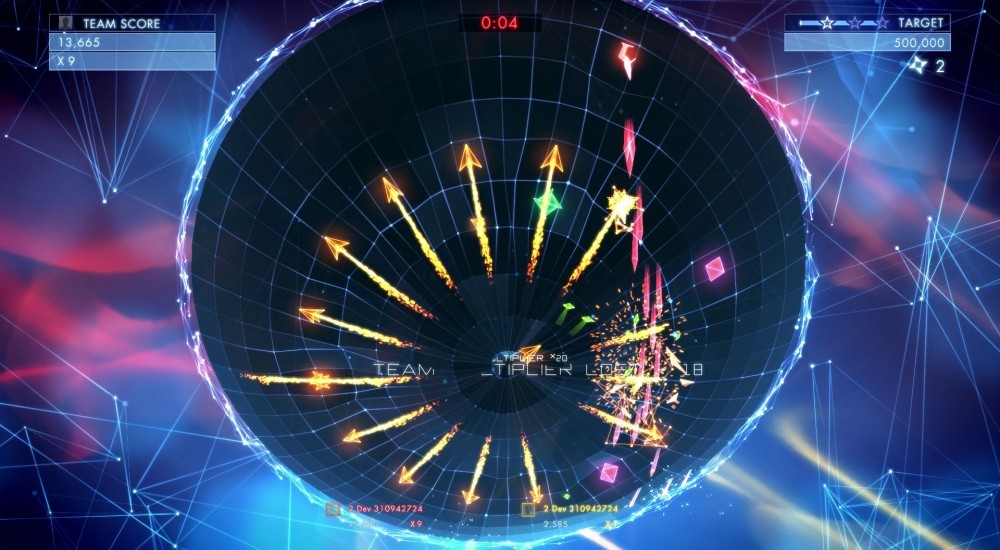 An update for Sierra's neon-tinted twin-stick shooter Geometry Wars 3: Dimensions will add a significant amount of new content across many of its featured gameplay modes at the end of this month.

Geometry Wars 3's "Evolved" update will add 40 new Adventure mode stages, complete with new boss encounters and grid layouts. If you had trouble earning the required scores to progress through Adventure mode, the update will rebalance the game's difficulty, making it easier to unlock new stages and modes.

The trailer above also promises a "revamped" co-op mode, but details regarding the upgrade are not yet known. Geometry Wars 3 currently offers 10 couch co-op levels in which up to four players team up to take on increasingly aggressive waves of enemies.

Other new additions include an expanded Classic mode, an online competitive multiplayer mode, and a single-player "Hardcore" mode featuring 20 unique levels. The "Evolved" title update will launch for the PlayStation 4, PS3, Xbox One, Xbox 360, and PC platforms on March 31.