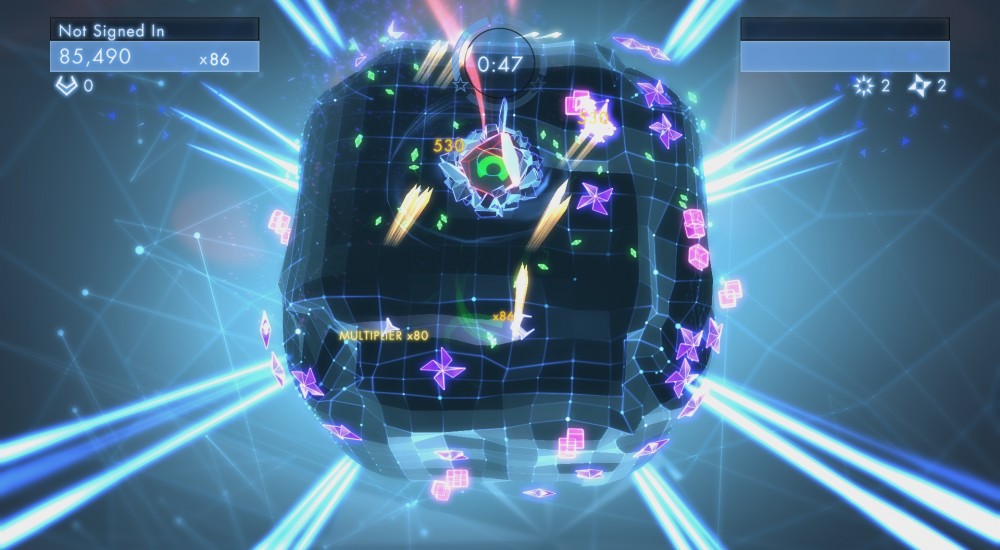 Geometry Wars is still one of my favorite games of all time, so I'm glad to see the third game has a release date set. Activision have announced that Geometry Wars 3 will be hitting all platforms next month complete with 50 levels of gameplay and several multiplayer modes including co-op.

You'll be able to get your hands on the game on November 25th if you own a PlayStation 3, PlayStation 4 or PC (via Steam). Geometry Wars 3: Dimension will also be out on Xbox One and Xbox 360 on November 26th. All platforms are selling the game for $14.99.

The game is being published under Activision's new (and revived) Sierra label. It's being developed by Lucid Games, which comprises of many former Bizarre Creations staff members, who helped create the original. Get those eye drops ready because soon it won't be time to blink as you and your friends shoot those geometric baddies side by side in four player couch co-op.