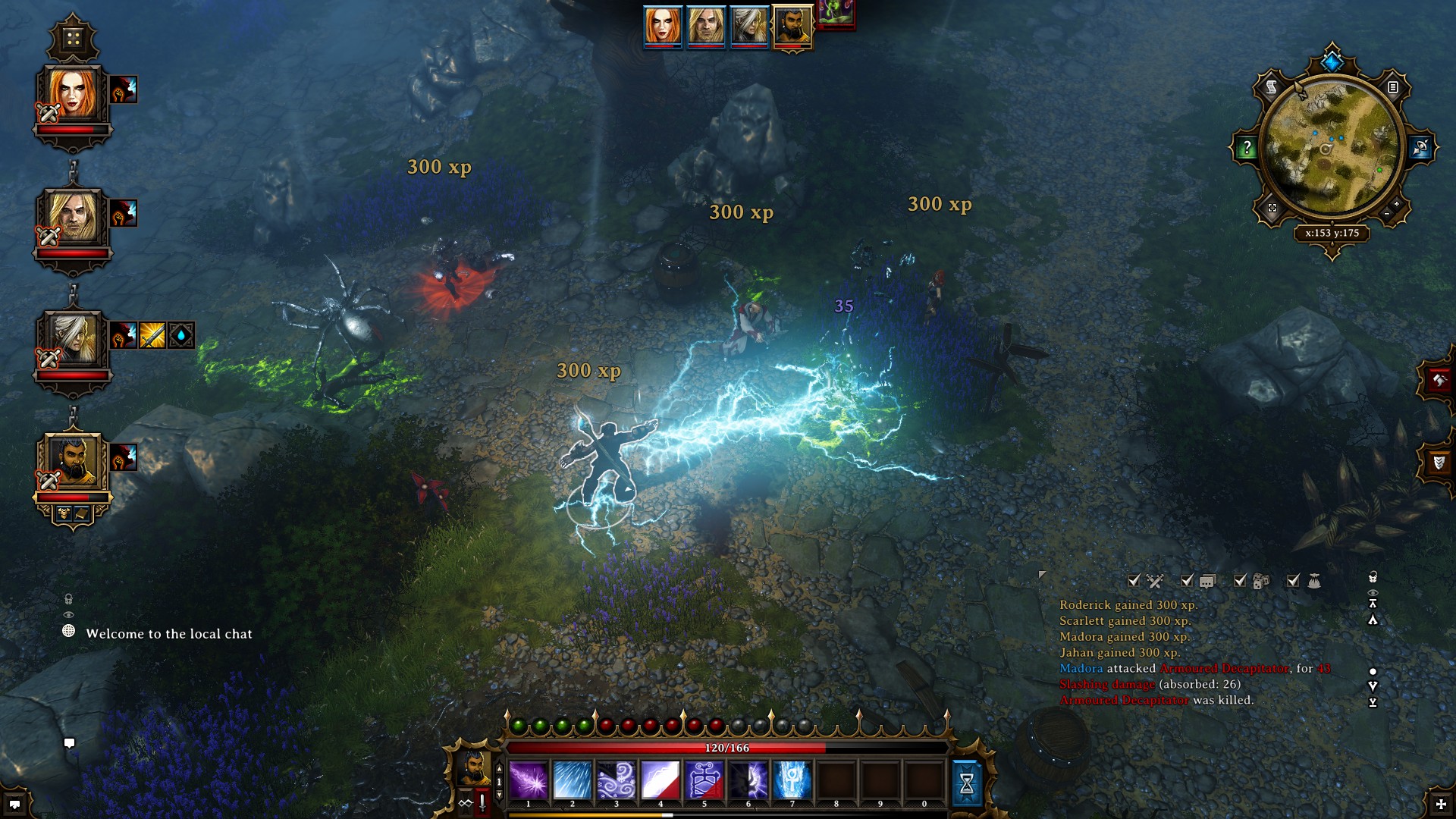 Looking at screens for Divinity: Original Sin, it's hard to tell Larian Studios employs a meager 40 people. The successfully Kickstarted game has gone on to receive high critical acclaim and also sell over 500,000 copies, which probably makes those 40 folks pretty excited. But Larian isn't content merely to feast on their accomplishments, and have already pushed out content for Original Sin with "the Bear and the Burglar" for free.

The update includes two new characters: Bairdotr, who is the "Bear" and Wolgraff repping hard for the "Burglar" side of things. Here's what Larian has to say about your new teammates:

Armed with her bow on her back and her claws at the ready, Bairdotr refuses to fail: She must navigate your world -- a world of wonder and mysteries both fantastic and terrible -- if she's to save Homeforest. The druid of the forest has been kidnapped, and Bairdotr must follow a scant trail of clues if she's to bring him back -- clues that take her to the very heart of Rivellon's Source conspiracy.

Dark Sourcery deprived Wolgraff of his voice when he was but a kid, and with it his dream of becoming a Source Hunter. Refused by the Order, he grew up to become a rogue, stealing from the rich and giving to... just himself actually. His is a world of silence, but if need be he lets his dagger do the talking for him.

If you're looking for more details about your new best friends, here are the writers themselves talking about Wolgraff and Bairdotr in the new update video from Larian.

Another update impacting co-op play is the feature to listen to your buddy's conversations with NPCs as they are taking place. Now you no longer need to ask your buddy to summarize the conversation they had with that bartender because you couldn't hear them, despite standing two feet away.

Larian appears to be hard at work improving their impressive, old school RPG. We'll see about more updates from them as they appear.