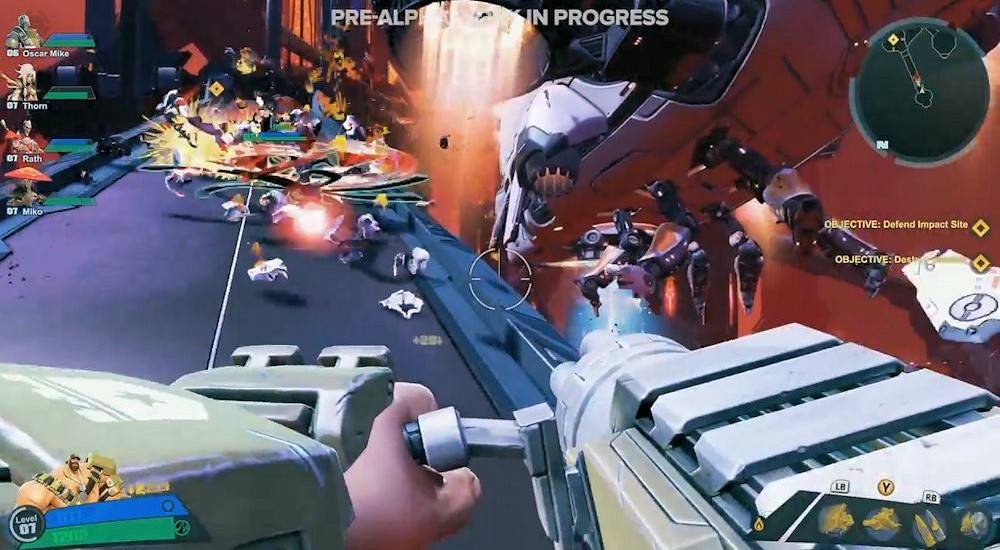 Gearbox and 2K have released an almost twenty minute trailer showcasing a co-op mission from their upcoming shooter, Battleborn. Sporting five player co-op, the game puts players at the end of time when there's all but one star left in the universe and races converge on the last planets for survival.

The campaign mission showcases five of the game's characters as well: Montana (big muscles, damage), Thorn (agile, bow), Rath (melee, swords), Miko (knives, healing), and Oscar Mike (soldier). The mission is to find and harvest a giant crystal that crashes down into the area. The video does a good job of showing you each perspective from the different characters so you can get a feel for how they play and some of their abilities. We also get a look at a unique upgrade system that utilizes a DNA strain interface to customize your character.

While it's easy to see the influence of Gearbox's previous work in Borderlands here (floating damage, combat styles, humor) - the game also sets its own tone quite quickly. The one big difference I notice is just how busy the game is. Instead of relying on a few difficult enemies to kill, the game throws large numbers of throw away type bots at you. The result is quite chaotic.

Battleborn is out on Xbox One, PC and PlayStation 4 next year. It'll feature five player online co-op.