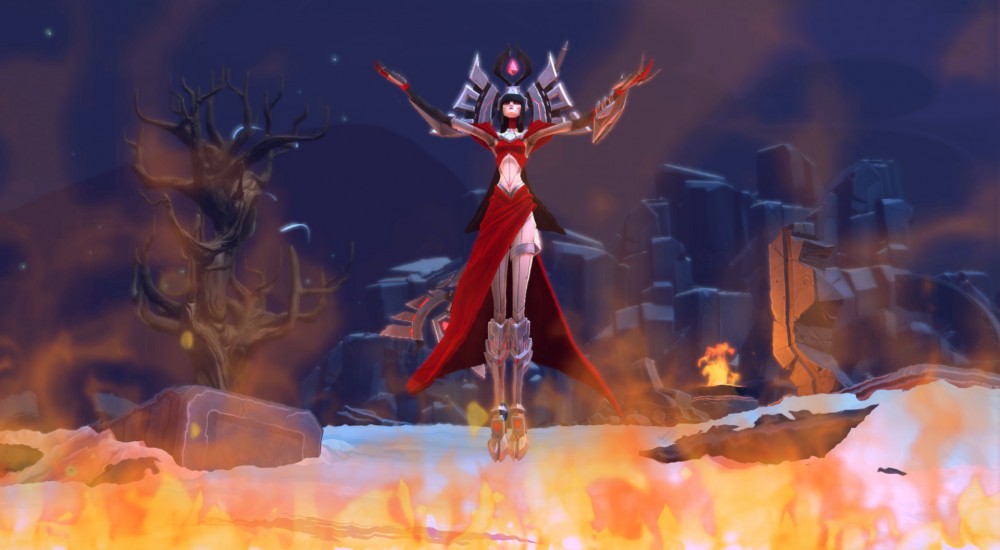 Look, it's tough to stand out in a crowd, and even tougher when you're just some average Joe or Jane.  If that crowd is twenty-five of the universe's wackiest brawlers, well, you better be bringing something extra special to the table.  That's why Gearbox's latest entry, Battleborn, is leaning harder than ever into their unique character archetypes.  Being a robot is one thing, but being a robot who bends time and raises little baby robot owls?  Now that's something you can put on a college application.

The big news coming out of Gamescom is, of course, the release date announcement.  Battleborn will be dropped into our grubby little hands on February 9th of next year.  Considering the bevy of new games coming out in Holiday 2015, I'm more than happy to dive into the game's five player co-op when I have a bit more time.

It wouldn't be a release date announcement without a trailer, so go on.  Feast your eyes on the latest video.

A release date isn't the only info we've scoured Cologne for, though.  Gearbox has also revealed four more characters from their sizeable roster.  We've got Ambra, a priestess who complements her healing abilities with melee prowess; Mellka, an assassin that utilizes nerve gas to disorient her foes; Reyna, a space pirate freedom fighter (just go with it) who leads from the back; and Benedict, a bird-man who uses rocket launchers and apparently is also a total tool.  More info on the newest recruits can be found on the blog.

Battleborn allows for both two player splitscreen and five player online co-op.  Gearbox is focusing on the co-op aspects of the game's story-driven campaign, but we're not quite sure of the details on it, or if the game's competitive mode allows for AI opponents.