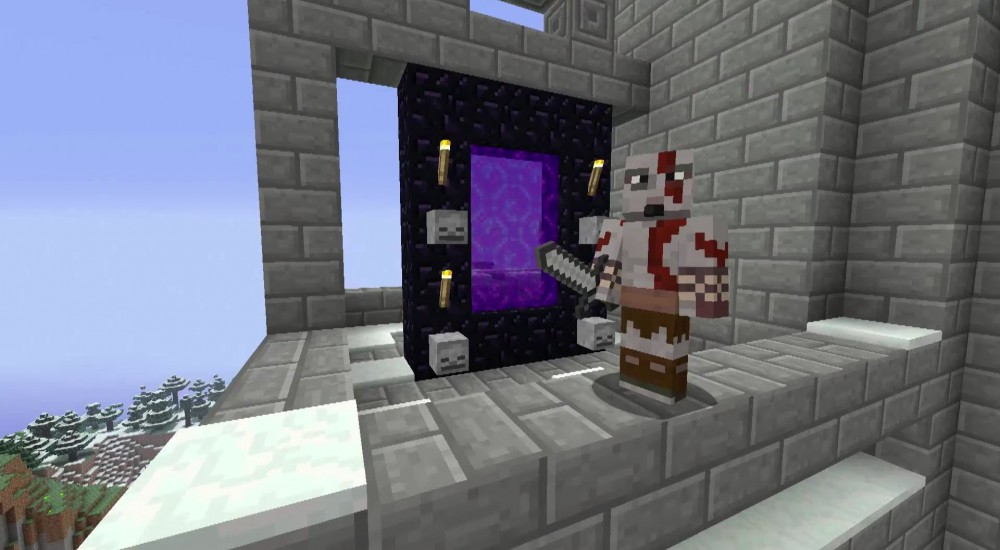 PS4 owners hoping for Minecraft stuffed into a polycarbonate plastic disc will soon get their wish! Sony has confirmed the physical version of Minecraft: PlayStation 4 Edition will be released on October 7, complete with a day-one patch, because they can!

The digital version of Minecraft (or should we say, MICROSOFT'S Minecraft - Powered by Bing?) hit the PS4 in the first few days of September, right around the time the Xbox One release occurred. The next-gen versions carry all of the features from the Xbox 360 and PS3 releases, along with appropriately souped-up features thanks to beefier hardware. This includes larger worlds (36 times larger) with a greater draw distance, which has been one of the more frustrating limitations of the console versions for quite awhile.

No mention was made of the expected price tag for the disc version of Minecraft. The digital version sits around £17.99 / €18.99 / $19.99 with owners of the PS3 release able to upgrade at a greatly reduced price. Mojang mentioned the possibility of cheap upgrades for anyone who buys the disc, but there also wasn't any mention of the status of that. In case you were worried about losing your interconnected network of caverns and pits of wolves, PS3 saves can be transferred to the PS4 without any trouble.