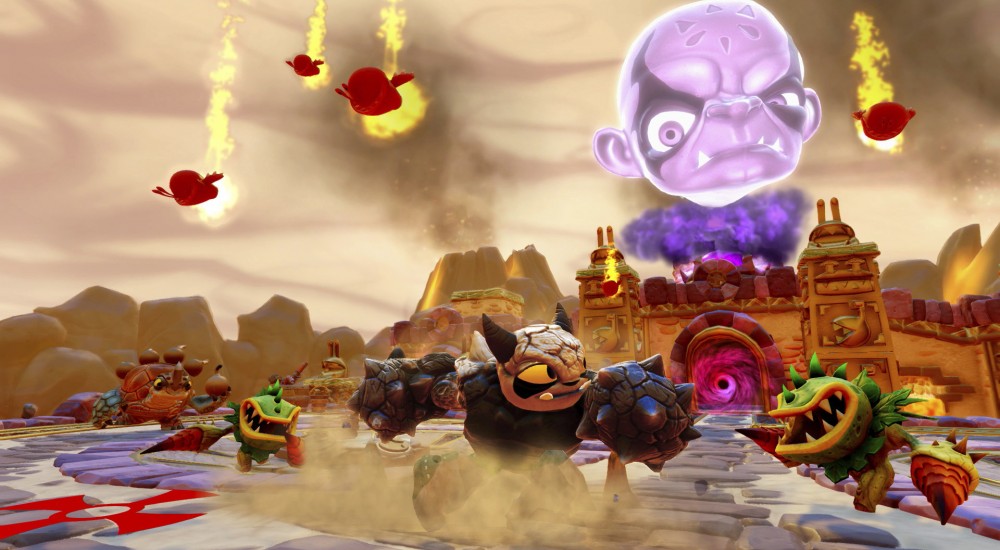 The next Skylanders game is only two weeks away, but we're still getting new info on the latest title from developer Toys for Bob. Skylanders Trap Team is going to feature a brand new survival mode where players face off against waves of enemies called the Kaos Doom Challenge.

The game play mode seems to be a mix of typical horde based gameplay combined with some light tower defense elements. As you progress through the waves of enemies a "Mystery Box of Doom" will open with larger enemies and bosses to defeat. According to the press release there 100 waves of destruction to wade through with your Skylanders. Sounds like the perfect mode to take on in co-op with a friend and earn some unlockables.

In addition to the new modes announcement, the official Skylanders YouTube Channel has posted videos introducing dozens of Skylanders, giving players some background and a look at their special abilities.

Also the first official TV spot has gone live. Skylanders Trap Team is out on October 5th on the Xbox 360, Xbox One, PlayStation 3, PlayStation 4, Wii U, iOS and Android. It features two player couch co-op.