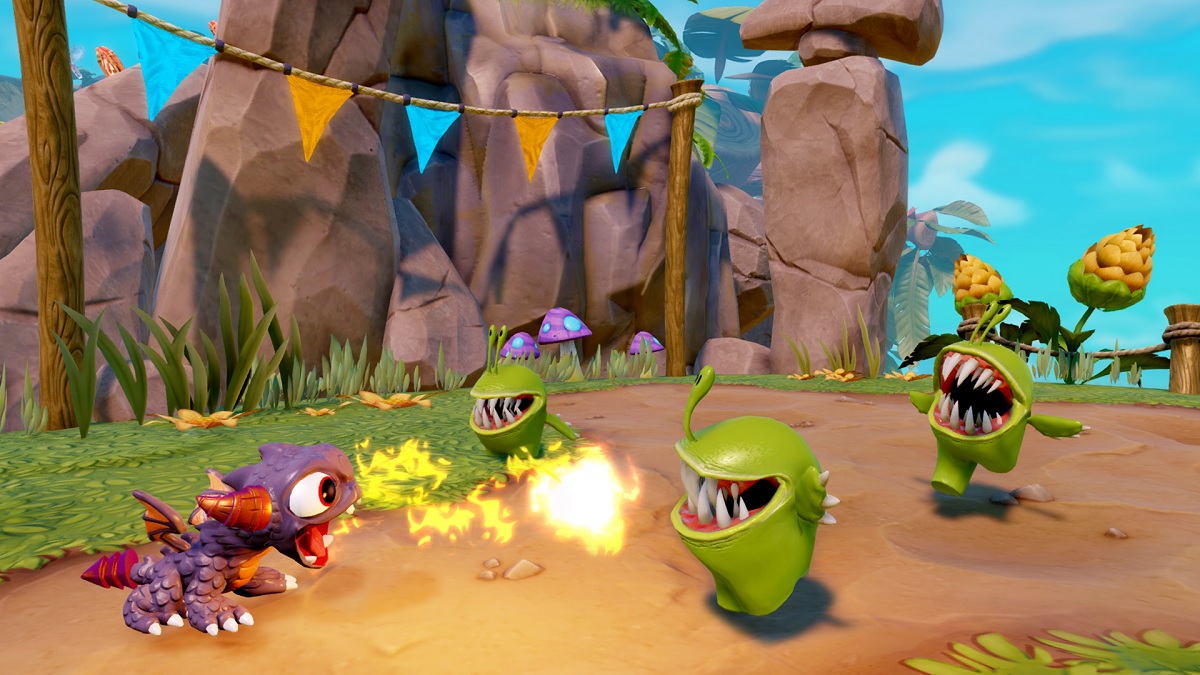 By now the origins of the Skylander series are being lost in the mists of time, but before there was Skylanders Trap Team there was a plucky young dragon called Sypro who starred in his own adventures.  Now his doppelganger is one of many characters you can play as and the new trailer for the highlights why he is still awesome.

Spyro, now known as Spry, is a miniature hero turned powerful.  With his magic based skills you can team up with another player for local 2 player co-op on more platforms than I wish to mention.  Co-Optimus has already highlighted many of the characters available in Trap Team, but as one of the originals, Spry has a special place in our hearts:

All Fired Up! Check out some of Spry’s amazing new powers: “Flameball”, “Earth Pound” and “Charge”. Play Spry in Skylanders Trap team to capture evil and unleash good!