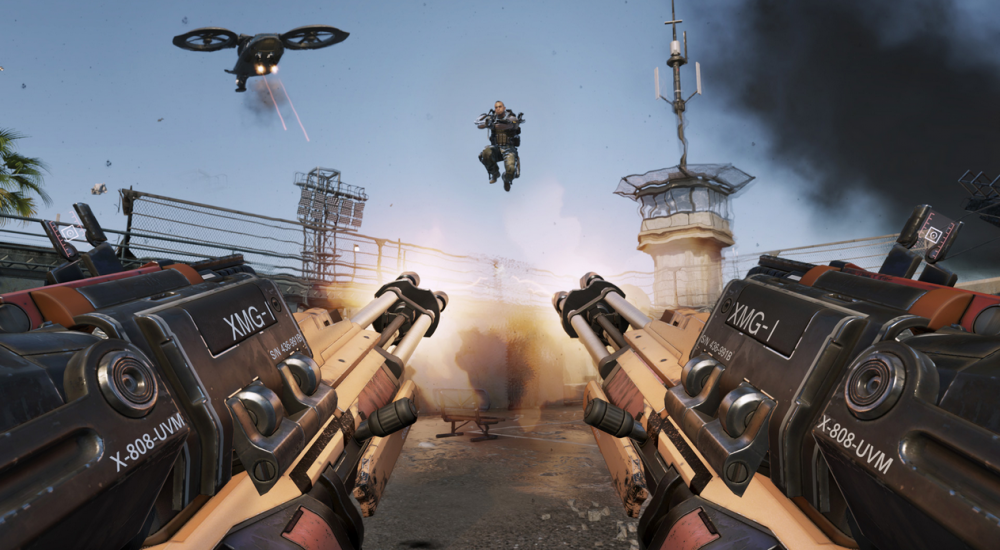 Co-op shooter fans rejoice, the co-op mode for Call of Duty: Advanced Warfare has been revealed. In a mode titled Exo Survival, one to four players (or two players sharing the same screen locally) face an infinite round of PMC enemies. Taking place on the game's multiplayer maps, players will face AI soldiers, dogs, drones, and just about every PMC foe you can think of. Check out the trailer with gameplay from the mode:

Maps are unlocked on a tier system, based on total rounds played. Complete 35 rounds and Tier 2 is available. 75 rounds for Tier 3, and hitting the triple digits at 100 rounds for Tier 4.

Objective based rounds are sprinkled into the mix, offering a new challenge aside the constant slaughter. One example is collecting intel from fallen enemies. Fail this mission, and the game doesn't end, but instead your team must pay a price, such a limited ammo or a system hack that makes your screen go blurry. It's still possible to play on, but it makes things a hell of a lot harder.

While character progression saves after each session, progress in rounds does not. Hit round 25 and need to head out? Next time you play, you're stuck at round one.

Call of Duty: Advanced Warfare launches November 4 for PC, Xbox 360, Xbox One, PS3, and PS4, and you can likely expect more co-op content in the future via DLC.