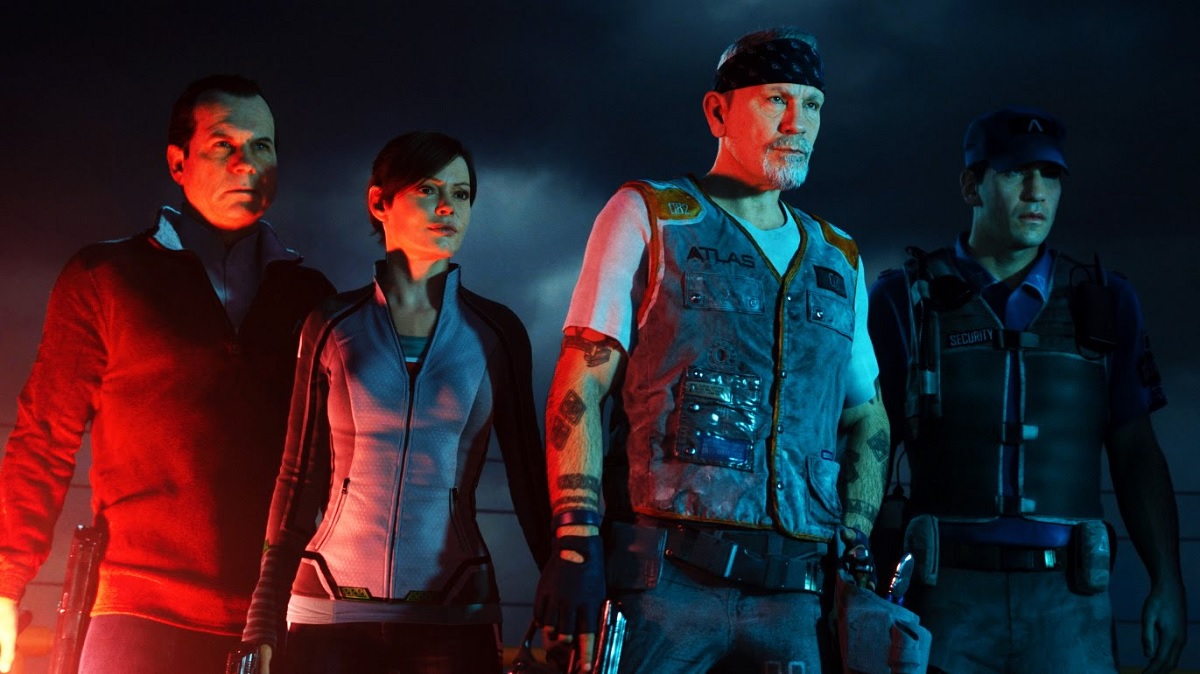 We are T-Minus 7 days and counting for the release of the Call of Duty: Advanced Warfare Havoc DLC and this means we also get our grubby mitts on the new Exo Zombies mode.  The new trailer for the mode includes some famous faces, choice language and rotting corpses.

The upcoming Exo Zombie mode is a futuristic take on the Call of Duty Zombie game type that has proved popular over the years.  Normally walking up to and shooting a shambling deadite is not difficult, but thanks to Atlas Corporation these corpsed foes are adorned with the advanced body suits that the army have #thanksKevinSpacey.

Like in previous CoD DLC there are some familiar faces, this time from the world of film and television; who hasn't at one time wanted to step into John Malkovich's head and see the world through his eyes?

Be aware that the following trailer has some fruity language:

CoD:AW Exo Zombie mode is available on Xbox Live from January 27th, whilst other platforms will just have to wait. The game has 4 player online co-op or 2 player local.  The Havoc DLC is part of the game's season pass or available separately at a one off cost.