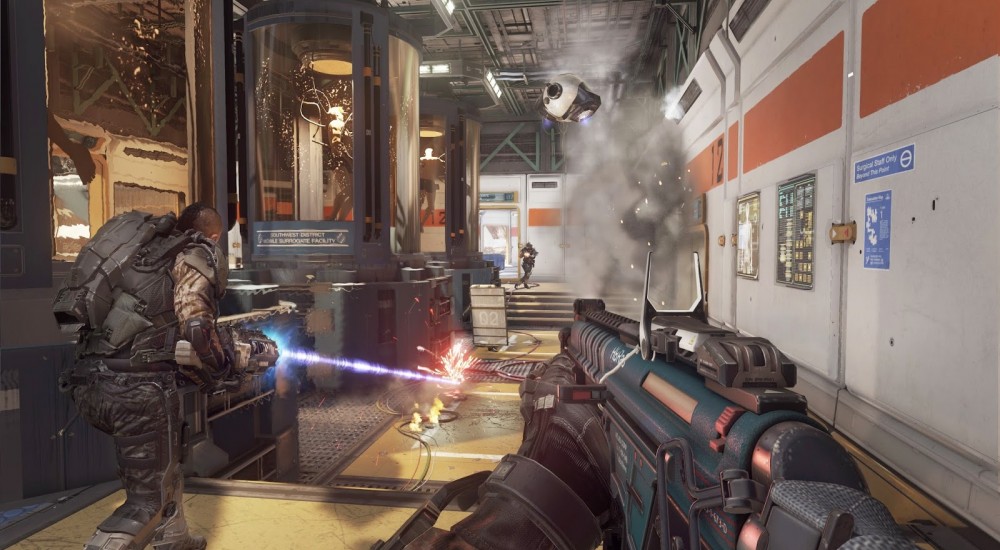 If there's a November, there's a Call of Duty. This year's contender for the "Devouring All The Money" award is Call of Duty: Advanced Warfare, launching November 4th. Booting modernity in favor of a slightly sci-fi setting, AW aims at spicing up gameplay with all sorts of crazy future tech. We've already covered Advanced Warfare's "Exo Survival" co-op mode in this year's sequel, so let's cut to Kevin Spacey from the Uncanny Valley, issuing sinister declaratives.

Also a guy gets punched into an oncoming bus.

Okay, so he does look like a fairly believable version of Kevin Spacey, or at least someone wearing a really convincing Kevin Spacey mask. And is also comprised of polygons.

A Call of Duty game without pre-order incentives would be like a paramilitary group without an evil agenda, which means plenty of reasons to throw down cash for AW. First up, you'll grab the game a full day before anyone else gets it, along with the Advanced Arsenal gear. On top of that, you'll receive the AK-12G Assault Rifle and the CROSSBOW (all caps, please) -B2 weapons, and double XP for November the 3rd. If you're gonna pick this game up anyways, might as well snag it with some extra goodies on top.