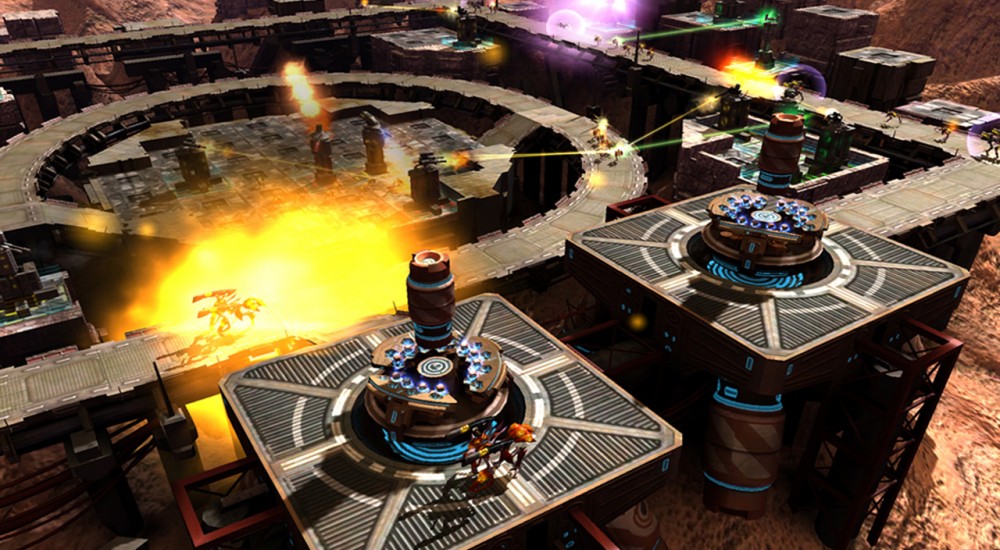 I am fully aware that Defense Grid 2 appeared on digital shelves last week, and that we've already reviewed it. But how often do we get to talk about co-op tower defense games? Let's see what former-human-turned-AI Fletcher has to say about Hidden Path's fresh new title.

When the standard towers aren't chalking up as high a body count as you'd like, it's time to turn to the big guns. Upgrading towers is a key feature in most tower defense games, and Defense Grid 2 is no exception. Fletcher has some choice words on the issue.

The upgrades you ply to your towers won't simply boost their stats; they'll provide additional abilities as well. What could possibly go wrong with suping up automated, and lethal, towers? Let's just hope General Fletcher doesn't decide we humans need to be purged of our puny biological components.

If you're reading about this game on here, you're probably pretty interested in how you can play as a team. Well, Fletcher's got something for that, too.

Sure, there's a competitive mode as well, but you're here for Coordinated Operations. You're each given a specific amount of real estate per platform for your towers, and you and a buddy will have to communicate in order to provide proper tower placement, as well as ensuring the proper mix of towers. You don't want to both show up with nothing but armfuls of slowing-towers. Then you'd just look like fools.

If you're looking for a streamlined tower defense game, you could do a lot worse than Defense Grid 2.