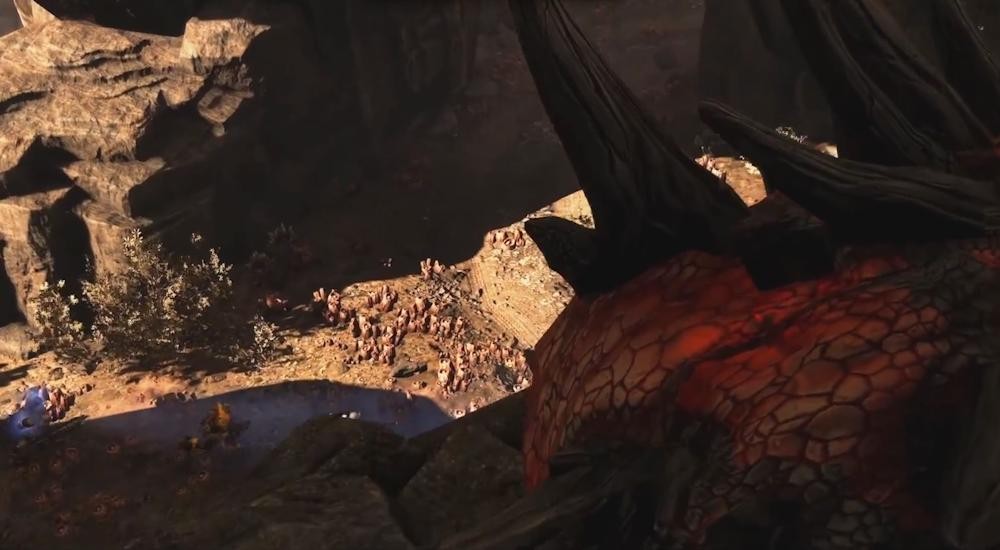 The folks at Turtle Rock Studios and 2K Games have put out a brand new trailer for Evolve, the upcoming co-op and competitive shooter set for release on the Xbox One, PlayStation 4 and PC next year. The new trailer showcases a pre-order bonus and gives hints of some secrets we might see post release.

In the video we see how a slightly tweaked version of the Goliath, called the Savage Goliath,  as it hunts our four co-op compatriots. The skin is glowing red and the Goliath looks pissed off as he trounces through the level getting ready to pounce.

To get the skin as well as a secret fourth monster coming in the Monster Expansion Pack you'll need to pre-order the game. Pre-Ordering also guarantees you a slot in the upcoming beta that begins on October 30th. The last day to get access is October 21st, so if you're interested, it's time to pre-order.

Evolve is out on February 10th, 2015. It features four player online co-op.