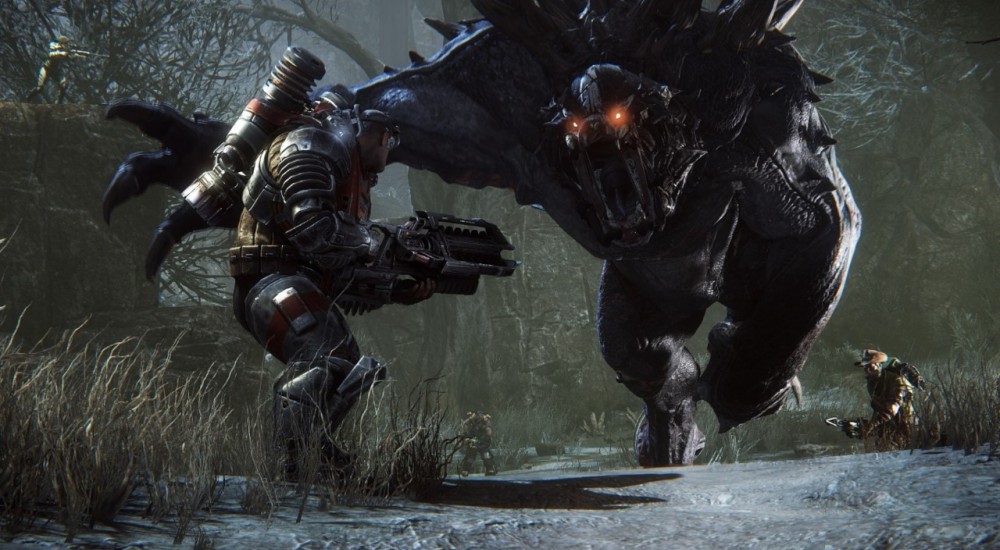 Nobody does big game hunting quite like Evolve. Well, maybe Cabella, but let's not open up old wounds. Some might even suggest a fire breathing, human devouring monstrosity to be the "biggest game," considering it could make lunch out of a Panzer. While any fool decked out in camo and goat urine might be able to call themselves a hunter, it takes a special kind of crazy person to take on the Goliath.

Renowned games critic Adam Sessler sat down with Turtle Rock's dev team to discuss the creation and inspiration around each of the hunters.

In case you've been wondering what The Sess has been up to lately, it seems to have been growing a beard to fit in with the devs down at Turtle Rock, and also all the game characters in Evolve.

I always love gab developers gab about their creation process, and I never fail to be titillated upon hearing that they're making a game they want to play. The concept of four players which are required to work together in order to succeed isn't exactly groundbreaking, but it's reassuring to learn they wanted to have fun while doing it.

In case you didn't get to check out the "Big Alpha," earlier this year, here's a recent gameplay footage featuring your main man Parnell. As the assault member of the squad, he's got tons of weaponry to dish out loads of pain. Aside from a brief overview, you'll get to see an entire game match from Parnell's perspective.

Well of course it was going to be barnburner. You didn't think they'd have that poor monster rocketed to bits at the outset, did you?

Evolve launches on February 10th of next year.