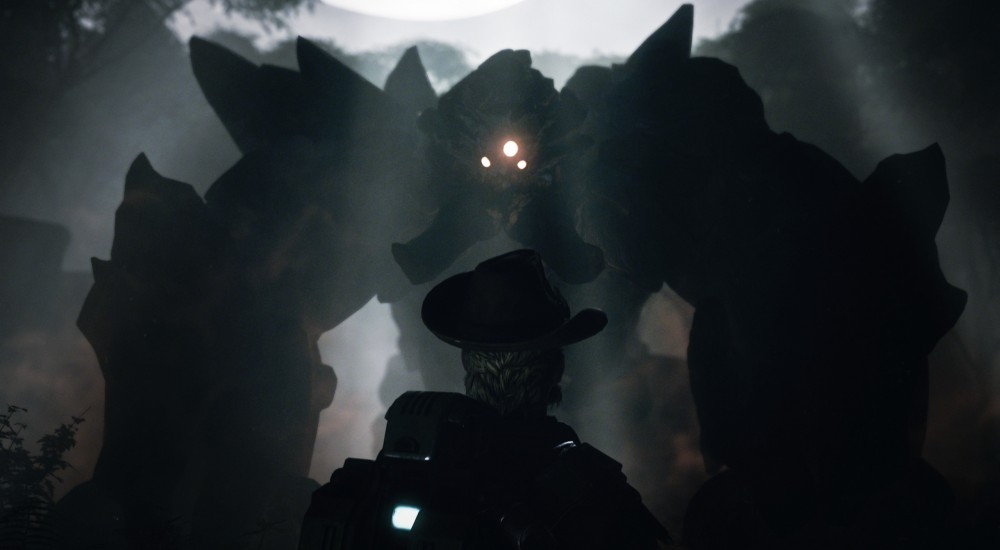 Recently, Turtle Rock Studios went into greater detail regarding their upcoming co-op title, Evolve, with new information regarding Monsters, the Evolve season pass, and more. Specifically, three important announcements were made that future players should be aware of.

First, the fourth playable Monster has finally been revealed! While not much of a surprise, the community voted for this Monster to be called the "Behemoth". It will be available this Spring instead of at launch with the other three: Goliath, Kraken, and Wraith. Like the name implies, the Behemoth is one enormous Monster that clearly overshadows the others in size alone. One of its unique abilities will be similar to that of a Goron from the Legend of Zelda series, being able to roll up into a destructive force that can plow through the terrain for fast transportation. The trailer below features him in action for the first time:

Second, the various versions of Evolve, along with its Season Pass have also been announced. Along with the standard editions of the game, all console platforms will have the "Digital Deluxe Edition" available, while the PC has its own (appropriately named) version: "PC Monster Race Edition". These versions will be going for $79.99 and will include all the content from the Monster Expansion Pack (which is free if the game is preordered), and the Hunting Season Pass. The Evolve "Hunting Season Pass" will also include four new playable Hunters to arrive this Spring, as well as three exclusive Monster skins that can be accessed at launch. A part of the digital editions reveals that a fifth playable Monster character and an additional two Hunter characters will also be coming as DLC on all versions of the game. Lastly, players who never purchase a single Evolve DLC character or map will still be able to have the opportunity to play against or on them via online multiplayer or offline solo. This keeps everyone from having to only play with those that have the same content as them and leaves up the online player pool open in the future. Not only this, but all the maps and community features will also be totally free to download at any point after their launch. So, there you have it! As always, more info can be found on their official blog. Tell us what you think so far of the future content in the comments below!