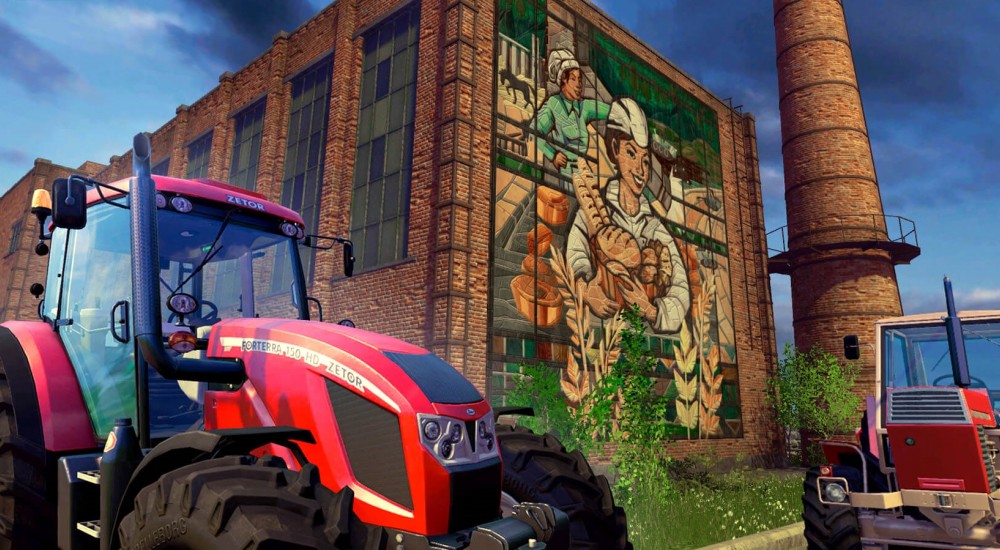 Finally, hardcore farming enthusiasts can dip their virtual spades into Mother Russia's fertile soil. Farming Simulator 15's new "Gold" DLC gives you and whatever 15 friends you indentured into farmhand service a brand new virtual playground in Eastern Europe. Well, I say "playground." It really depends on how riled up you get about heavy machinery that can speed-harvest turnips.

The new DLC doles out 20 additional vehicles and tons more general machinery in order to help you and your pals master the untamed Russian landscape of Sosnovka. Just think of it. You could be strapped into the plush seat of your very own Rostelmash brand ACROS 595 PLUS combine harvester, in the icy shadow of some dialpidated Soviet-era munitions factory. Or, admire nature reclaiming the toppled statues of communist leaders from the comfort of your brand new Zetor Forterra, while wondering about the current instability near your region, and modern Russia's place on the world's stage. The DLC comes in two flavors, with "GOLD" only being available for PC, Xbox One, and PS4. 360 and PS3 players will have to settle for "SILVER," which contains the previously discussed 20 vehicles, but the previous gen cannot hope to tangle with the beauty and might of Sosnovka. The new region does sport enhanced graphics and design, however, which might have been too much to bear on the previous hardware. Both DLC's will be available October 29th, for the price of $19.99, so be sure to let everyone know exactly how you will be spending your Halloween.