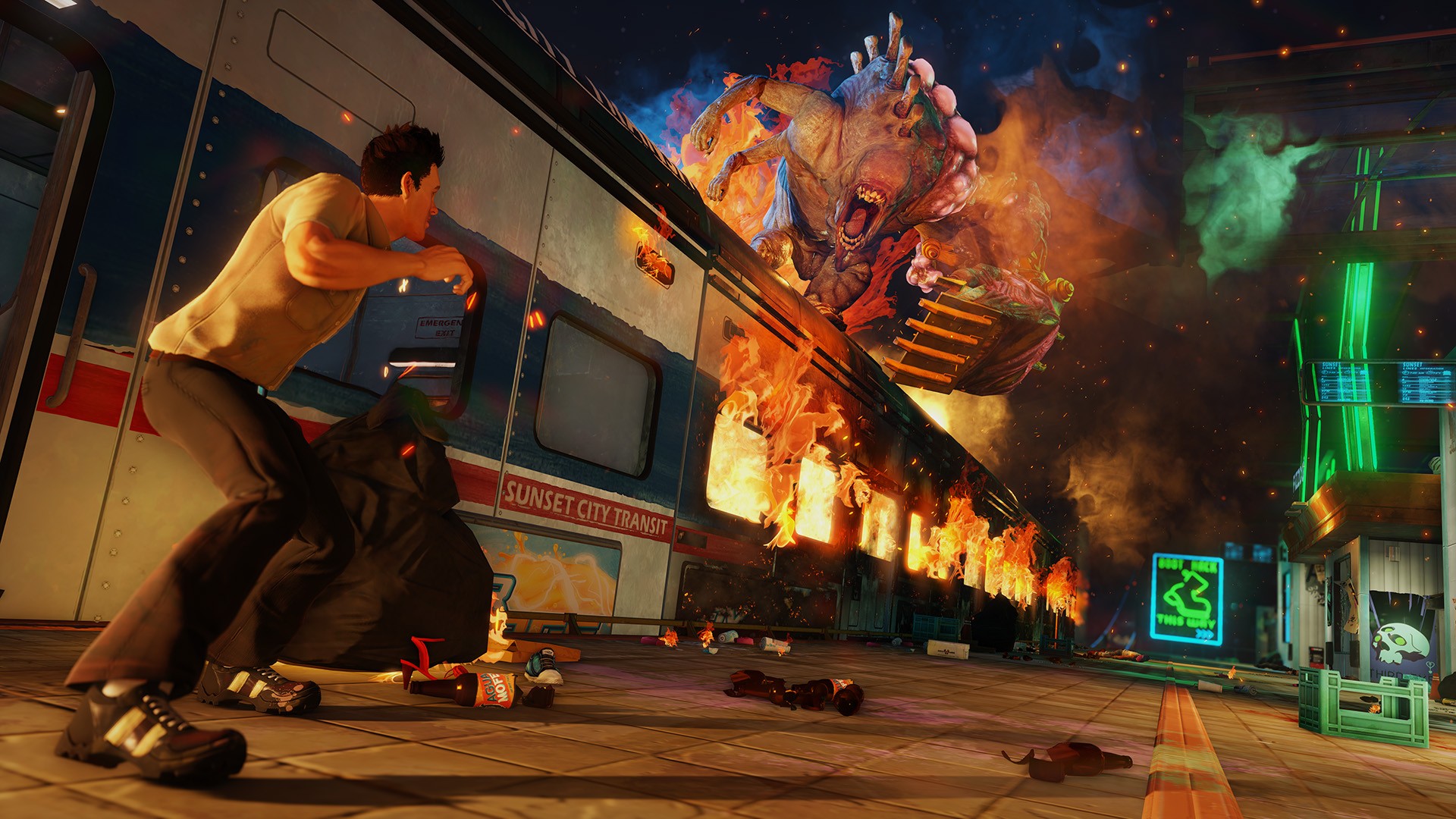 We've got a handful of co-op releases this week, with one standout AAA game that we've already reviewed. What else is on tap? A fresh coat of paint on a 15 year old game and a new version of an odd yearly franchise.

Sunset Overdrive (XONE) - It's a freakish love child of so many great games and it pulls them together well. Crackdown, Saints Row, Ratchet and Clank and others are all prevelant in a grungy game that defines itself right from the get go. It's colorful, loud, and fun the entire way. There's also an eight player online co-op mode called Chaos Squad for you to enjoy. [8 player online co-op]

Farming Simulator 15 (PC) - It might be getting closer to Winter in the northern hemisphere, but it's the perfect time for virtual farming with friends. The latest game in the series expands on just about everything, including co-op for a ton of virtual farming pals. Best of all - no farming smell! [16 player online/LAN co-op]

Icewind Dale: Enhanced Edition (PC) - Following the previous two Baldur's Gates titles, Icewind Dale is next up on the docket for a fresh coat of paint. Sixty new items, both expansions, 120 update spells, and cross platform multiplayer are all available in this classic D&D game. [6 player online/LAN co-op]