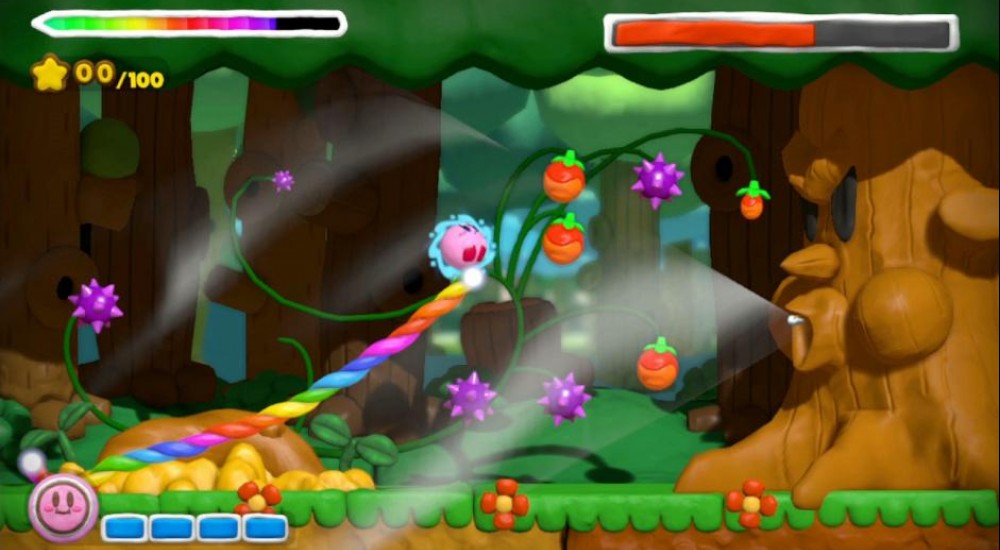 Kirby's adventures are always a little weird, aren't they? If he's not wearing fish costumes or riding on the back of bear-things he's made of yarn or letting you smack him around like a pinball. The oddities look like they'll continue in 2015 with Kirby's new Wii U co-op adventure, Kirby and the Rainbow Paintbrush.

Rainbow Paintbrush is a follow-up to the 2005 DS game Kirby: Canvas Curse, aka Kirby: Power Paintbrush in Europe, or the ultra-weird Touch! Kirby in Japan. The Wii U "spiritual successor" lets players create platforms by drawing with the stylus on the GamePad's screen. Platforms can also be used to give Kirby a boost, attack enemies and break obstacles, depending on the circumstances. Of course, Rainbow Paintbrush also lets Kirby transform into various creatures and objects, such as a submarine, a rocket and a tank. Wouldn't be a Kirby game without that, would it?

For co-op, one player controls Kirby while the other three play as Waddle Dee characters that can collect items or carry Kirby around. Whoever has the GamePad can focus on drawing rainbow platforms while everyone else deals with enemies and the like. Quirky, yes, but we'll see how it plays out when more information is released.

Kirby and the Rainbow Paintbrush is set for release sometime in the second half of 2015. Plenty of time to go get the original Canvas Curse and see what you missed out on ten years ago!