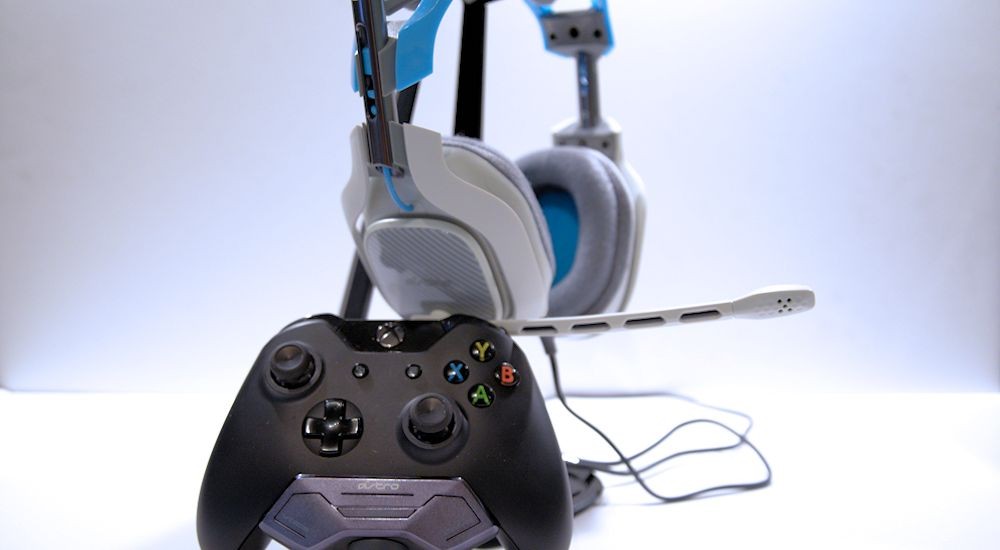 Today we're going to look at a new headset from Astro, or rather, a new mixamp from the company bundled with an updated version of their popular A40 headset designed especially for Microsoft's Xbox One console.

When we began to learn about the Xbox One prior to release, many were surprised to hear the limited options gamers would have for connecting their existing headsets. Microsoft quickly scrambled and released an adapter to allow stereo headsets to work. But many gamers invested a lot of money during the 360 era on quality hardware for their ears and were left disappointed. Astro's solution to this is the M80 Mixamp, which plugs directly into the Xbox One controller. In fact upon plugging in the mixamp the Xbox OS told me an updated firmware existed FOR THE CONTROLLER and promptly updated it once connected via USB. The mixamp allows gamers to adjust audio balance between voice chat and game chat on the fly, so communicating with your teammates won't be drowned out by the sound of gunfire or magic spells. This is done easily using the big front buttons on the amp clearly labeled voice and game. The LED array on the front fills up in either direction indicating the balance of audio as a point of reference with a few steps in either direction.

On the bottom of the mix amp is a button that allows you to mute the microphone, with a red LED ring illuminating while muted; or twist the knob to adjust overall volume up and down. Finally an equalizer sits in the middle which, when pressed, cycles between three modes. I found the default mode the most pleasing and balanced of the equalizers baked in settings.

The size of the M80 isn't too intrusive and it's quite light in terms of weight. Overall I found it wasn't too distracting while playing and it blends into the ergonomics of the controller just fine. The other half of the $200 combo is an Astro A40 headset in white, blue and gray. It has all of the features of the existing A40 headsets including support for a removable boom mic, speaker tags, and the solid audio and build quality we've come to expect from the Astro lineup. They connect to the M80 mix-amp via the amps dedicated non-removable cable. Luckily you can unplug the headset from the right ear piece and use the standard 1/8" stereo / 3-pole cable on other devices, like say - a PlayStation 4 dual shock controller or even a PC.

If I have one gripe about the package it's completely cosmetic. The headset clashes with the Xbox One big time and the M80 mix amp's finish is a silver shade that doesn't match the black controller either. I would have liked an option that's a little bit lash gaudy. The M80 Amp isn't sold separately either, which means even if you own an A40 headset you can't connect it to your Xbox One without buying the bundle. While I had hopes that Astro would offer the M80 separately in the future, we've heard restrictions included the agreement with Microsoft prevent MixAmp M80 from being sold as a standalone purchase. All in all the Astro M80 Mix Amp combined with the A40 headset make a formidable pair of headsets for your audio arsenal on Xbox One. Despite the forced bundle, being able to utilize the headsets on other devices make the $200 price tag a little more bearable. Audio quality has been great for games, movies and television with every piece of media sounding crisp and clear without the loss off bass.

The Astro M80 + Astro A40 unit used in this piece was provided by Astro Gaming for evaluation purposes.