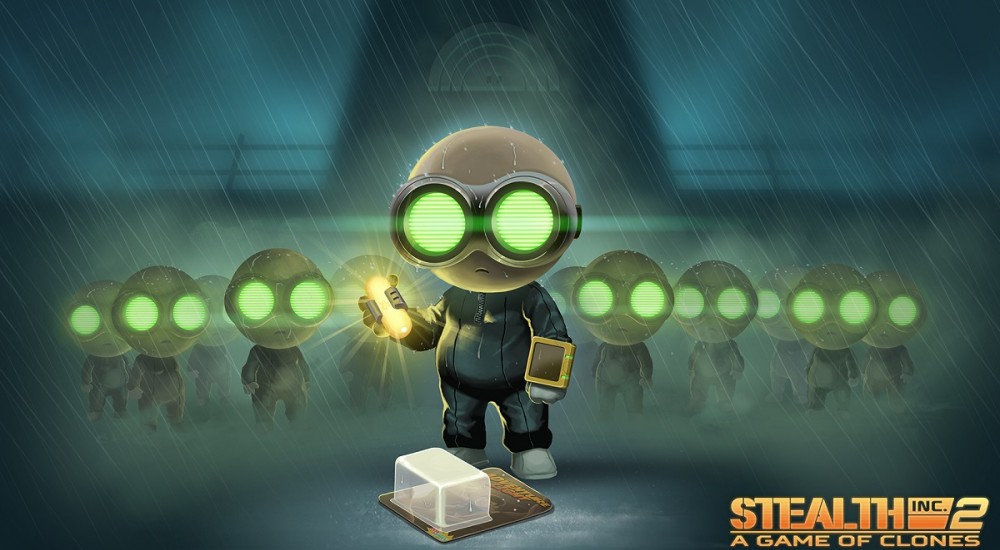 Many game developers have struggled to figure out a way to use the GamePad in a way that seems natural to the gameplay itself. Luckily, exclusive Wii U title Stealth Inc 2: A Game of Clones isn't one of them! This puzzle title from indie developer Curve Studios, is one co-op title that does the GamePad justice and we'd highly recommend you try out with a friend. Following in its predecessors' footsteps (Stealth Bastard & Stealth Inc), Stealth Inc 2 involves players in escaping a high tech facility as sneaky clones who just want to get the hell out of there. While the game does contain a number of features that many other Wii U titles use on the GamePad, such as an easy map screen or for playing away from the TV itself, game that was specifically designed with the Wii U GamePad for much better reasons. Stealth Inc 2 includes a 2-player local co-op mode with lots of ways to split up puzzle tasks, without making the GamePad player feel like he's  not getting any attention from the developers. Moreover, the game in its entirety can be experience with a friend! Sam Robinson, Lead Level Designer on Stealth Inc 2 walks us through on how co-op works in-game:

In a nutshell, once a player beats the first area of the game, co-op mode is then enabled. Once this happens, the primary player (Player-1) switches to a Wiimote/Nunchuck set up to control the clones, while Player-2 assists them on the GamePad using an assortment of abilities. For example, Player-2 has the power to pan around an entire level independently from Player-1, which is perfect for scouting ahead and planning for future puzzles. Also, he can draw out clues or messages on the TV screen for Player-1 to use in completing those puzzles. In turn, when Player-1 does computer hacking, they must inform Player-2 what codes they need to input on the GamePad to access the hardware.

Doing certain actions awards players with gems, which Player-2 must pick up on the GamePad to begin filling up a gauge on the top right of the TV screen. Filling this gauge all the way will award players with a choice of three abilities to upgrade the clones Player-1 controls. Other abilities Player-2 has include distracting enemy units with various tech, highlighting their direct locations for Player-1 (even invisible enemies), and controlling hacked robots. One big one to mention is a special item called "Me Too", which allows Player-2 to instantly create another clone on-screen to use independently from Player-1! While these are only a handful of things that Player-2 has access to in co-op, there are lots of other features this game has to offer outside of co-op, like the level designer and community-made maps! For an indie title, this game has a lot of bang for its buck.