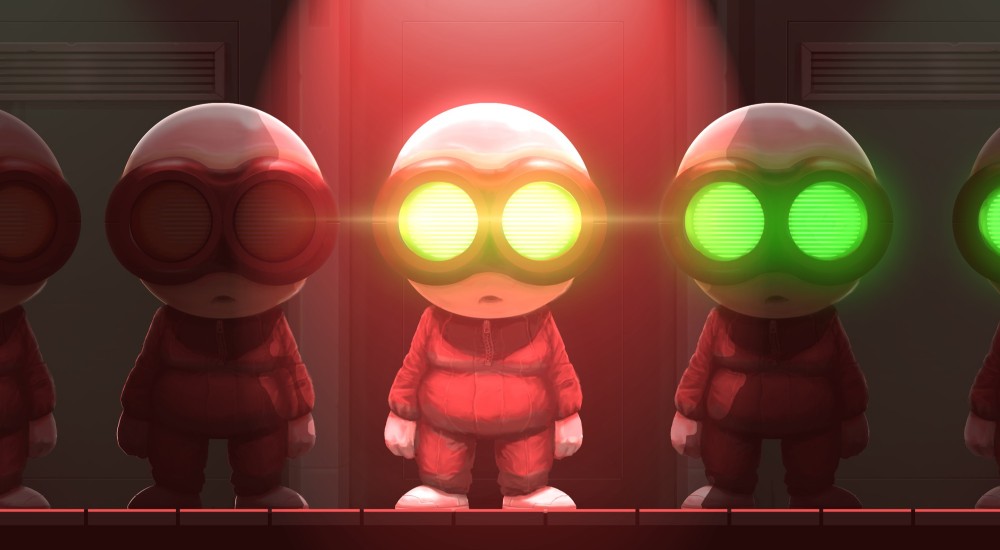 Charging in all "guns blazing'" is fun and all, but sometimes you need the satisfaction of stealing some corporation's secret documents (or what have you) and escaping with the dopey guards being none the wiser.  Previously, Stealth Inc 2's own brand of sneaky satisfaction was exclusive only to Wii U owners.  Developers Curve Digital have decided to spread the love, though, and the game has been announced for release on a whole slew of platforms.

In fact, if you've played video games any time in the last few years, chances are pretty high that you'll have an opportunity to play SI2 in the near future.  The platforms in question are: In case the game's exclusivity has kept it out of your vision cone for the last few months, it's the sequel to Stealth Inc: A Clone in the Dark, originally released in 2012.  It's also possible that you've heard of the game under its original moniker, Stealth Bastard Deluxe: Tactical Espionage Arsehole, a fantastic name which probably wouldn't have gone over well with the parents of young console owners.

On the Wii U, the game's two player co-op was implemented using the gamepad and either a pro controller or a Wiimote/Nunchuck combination.  Aside from the extra info displayed on the gamepad's touch screen, this should easily be replicated using the controllers of any other platform.  According to reports, the team at Curve Digital is aiming for early April as a release timeframe.  There is currently no word as to whether or not the Sony versions will support cross-buy/save.

For any Wii U owners out there who were previously unaware of this interesting little stealth puzzler, it's currently available on the eShop for $14.99.