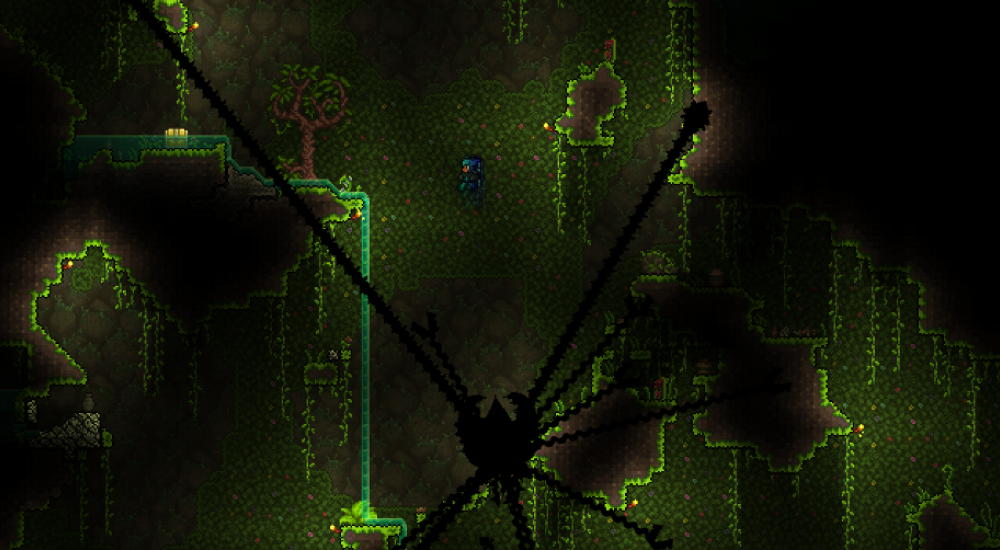 The announcement was made over the summer, but the time has finally arrived! Terraria is now available for Xbox One via the Xbox Games Store, joining just about every modern and slightly antiquated gaming platform on the planet.

Amidst new ores, new bricks, new bosses, new enemies and about 1,000 new items, there is a touch of disappointing news. Terraria One (our name, kinda catchy, yes?) doesn't seem to carry any extra functionality like the original announcement suggested. The game is on-par with consoles in terms of item availability and version number, which is fine, we suppose. But the price tag sits at just under 20 USD. We've spent our fair share of time with Terraria over the years and can definitely vouch for its worth, but it seems an odd price point to launch with, especially since the PC version is half that.

Don't let that get you down! Local co-up supports 2-4 players with splitscreen, which is nice, and online allows up to eight players to get their mining on together. There's also these neat things from the 1.2 update:

Go forth and mine some things. Watch out for those piranha plant things in the jungle caverns, they're the worst!