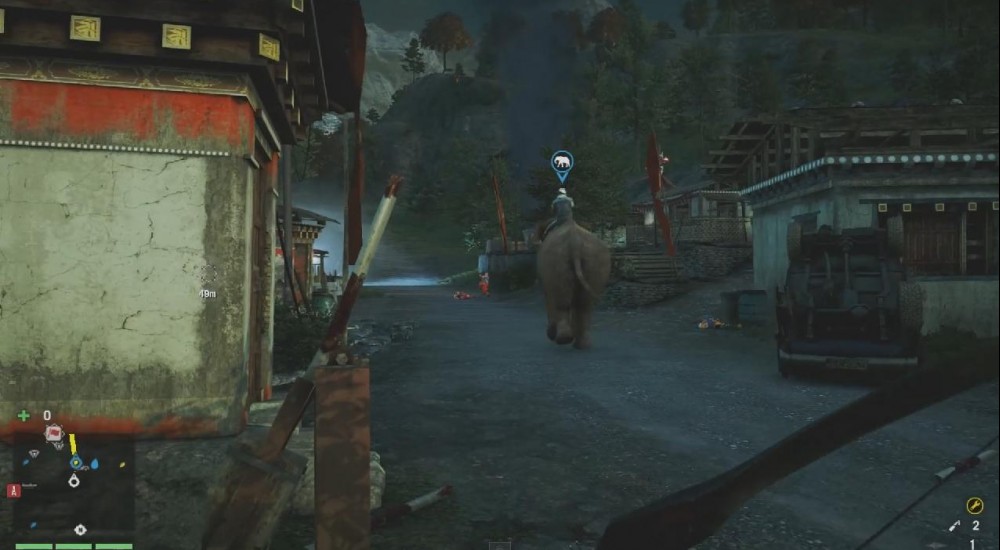 Welcome to Kyrat, the setting for Far Cry 4. Set in the Himalayan mountains, players will experience a wide variety landscapes to see and activities to complete. But what can they experience with a friend? Here's our FAQ.

How many players can play Far Cry 4 locally (couch co-op)?

How many players can play Far Cry 4 via system link or LAN?

LAN play isn't supported. You'll need to be connected online and to UPlay (even on console) to connect.

How many players can play Far Cry 4 online?

How do you begin a co-op session in Far Cry 4?

Co-Op begins about 90 minutes into the story, once you complete Act 1 and open up the world. From there you can look for co-op markers on the map (marked with an H). Alternatively you can pull up the in game menu at anytime and select co-op, choose to invite a friend, open your game to anyone or try match making to join someone else.

How does save game progress work for co-op play in Far Cry 4?

All progress is saved to the host player, though since you can't actually play the campaign and certain side missions, you will only be retaining complete outposts, assassination and tower unlocks. The second player takes back with them any experience, guns, skills, ammo, and cash they earn along the way. Can I join a game if the host is further along than me in Far Cry 4?

Yes, progression does not matter.

What does the Far Cry 4 season pass get you?

There are five packs of content in Far Cry 4's season pass. Two of which actually offer co-op content.

How does the Keys to Kyrat work on PlayStation 4 in Far Cry 4?

A code is included with the game that you need to redeem on the PlayStation store. Once you do that, launch Far Cry 4 and select Keys to Kyrat from the main menu. From there you can choose friends to receive the keys. They'll receive a message that instructs them to download the Far Cry 4 demo. Once they actually play a clock will let them know how much time they have left on the two hour limit to play co-op with a friend.

What activities are available in Far Cry 4 for co-op players?

While you won't be able to play the main story or some of the side missions, including some of the hostage rescues, you can take on numerous activities with friends in Far Cry 4. This includes simply exploring the open world of Kyrat.

Can I play the campaign in Far Cry 4 during co-op play?

No, you can not play the single player story missions during co-op play in Far Cry 4.