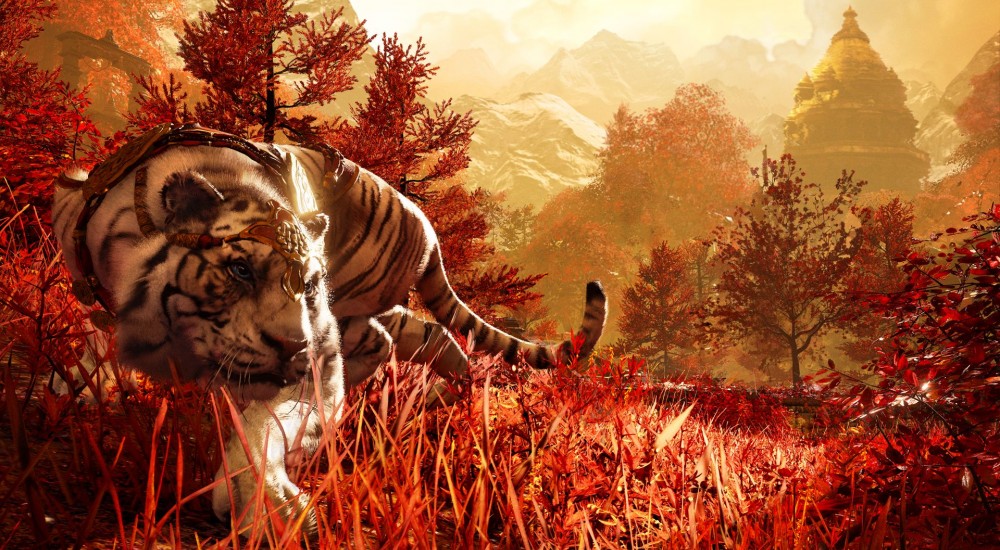 Ubisoft has just released a fresh batch of screenshots for Far Cry 4 straight out of Gamescom 2014 in Germany. The screens showcase a variety of locales in Kyrat, and more importantly, a good variety of colors. While the previous games stuck with some island scenery of greens and blue, Far Cry 4 appears to offer a lot more pleasing eye candy. It also has tigers with tiaras.

The first of two videos released showcase Kyrat in motion, taking you on a tour of the Himalayan peaks, extensive scenery and wildlife with a chip on their four shoulders.

The second trailer though focuses on the game's co-op gameplay, and specifically the "keys to Kyrat" - which allows PlayStation owners to give up to 10 keys to their PSN friends. In doing so, that person who receives a key will be able to join your Far Cry 4 campaign and assist you in co-op gameplay.  That's a pretty impressive key.

Far Cry 4 is out on November 11th, 2014 on the PS3, PS4, Xbox 360, Xbox One and PC. It features two player online co-op. The Keys to Kyrat co-op option is only available on PlayStation platforms.