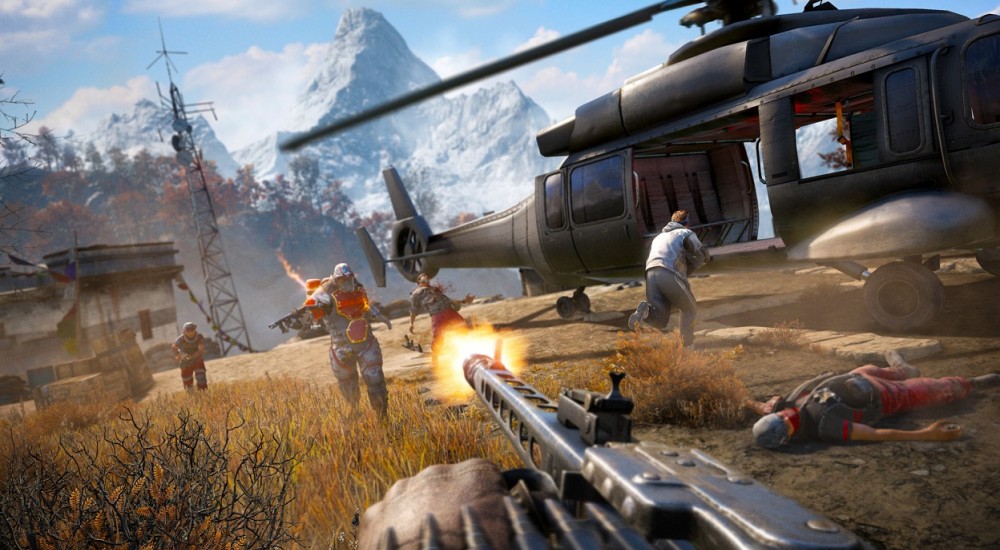 Let's face it, we've all had at least one morning in which we've woken up in a prison cell next to our buddy after being kidnapped and tortured mercilessly for hours on end.  At least, that's what I assume.  For those of you whose lives are slightly less adventurous, Far Cry 4 has you covered.  On January 13th, 2015, Ubisoft's open world FPS will allow you and a buddy to revel in the thrill of escaping a psuedo-Tibetan holding facility in "Escape from Durgesh Prison". In order to make the ordeal as authentic as possible, Ubisoft has also introduced a sort of permadeath to the DLC.  No longer will players simply respawn at the closest checkpoint with all their belongings intact.  Instead, the developers have opted to force a complete restart should Ajay and friends find themselves filled with one too many lead casings.  They will, however, allow the player to retain any skills and knowledge they've attained in the previous attempt, most likely because Ubisoft hasn't quite perfected their memory-wiping technology just yet.  For now, those seeking the most hardcore experience will have to settle with drinking a liter of Drano after every failed run.

The DLC will be available for $9.99 for those who have not already purchased the Far Cry 4 Season Pass, which can still be obtained for $29.99.  For the curious, the season pass will also include four other items, one of which is titled The Valley of the Yetis.  Details on the aforementioned valley indicate that Ajay and an ally will have to scavenge it for supplies to create a defensible campsite, which will later come under siege by a dangerous cult and, naturally, a few yetis.  Unfortunately, it looks like my dream of seeing a non-dangerous video game cult will have to wait even longer.  Oh, how I yearn for a game in which the player stumbles upon a secret organization that just really likes knitting.