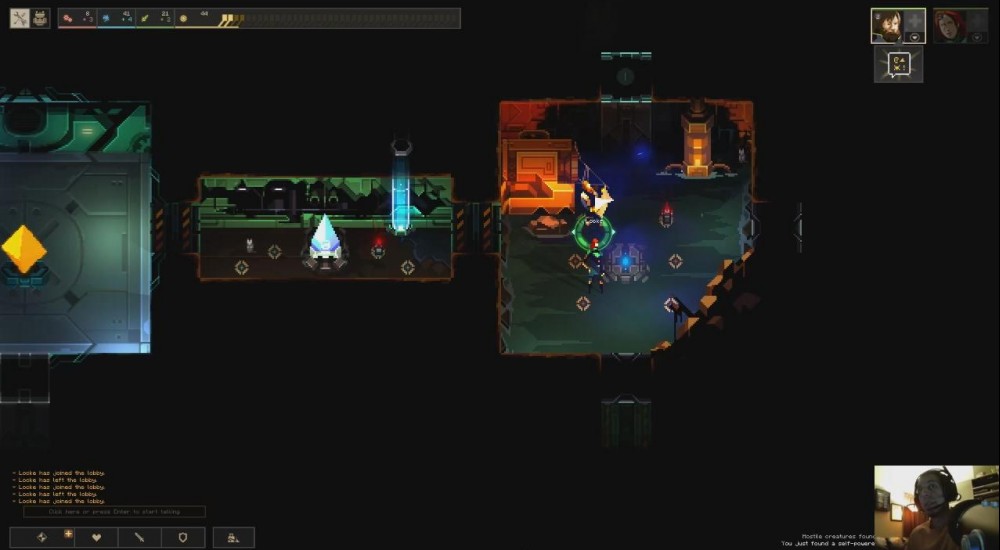 Dungeon of the Endless may have been out on Steam Early access for a long time, which probably both helped and hurt the title at the same time. On one hand it gave the game plenty of time to bake in the oven and garner player feedback, on the other, it makes it that much harder to hit critical mass. Last night we checked out the latest build of the game in online two player co-op. So how is it?

It's damn good. The game combines elements from so many genres: tower defense, RPG, RTS, and Rogue-Like and mixes it into something that plays completely different than anything out there. It's difficult to describe just how you play Dungeon of the Endless.

Your crew crash lands on a planet, it's your job to open doors in a procedurally generated dungeon to find an exit. Once found you'll need to plan your move as you have to carry a power crystal from one end to the other. The strategy? Which doors you open to garner certain resources and which rooms you defend and bolster to create a smoother escape.

In terms of co-op up to four online players can join up choosing from various classes of characters each with different abilities. Communication is key as you plan out your exit strategy and timing. Each player has their own resource pool to utilize too, which adds to the strategy.

There's a lot of smaller nuances as well, best explained with our video from last night.