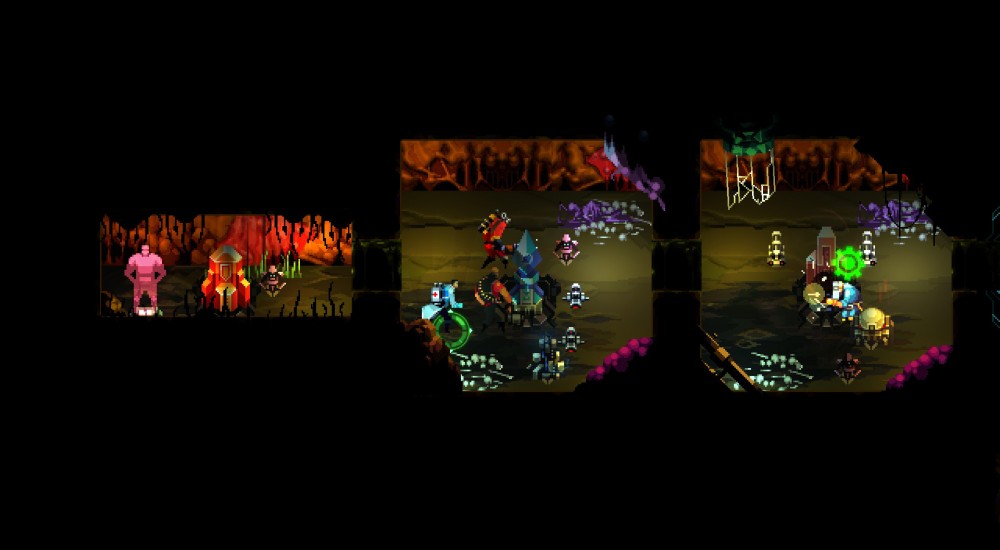 If you tuned into our Monday night stream this week, you may have noticed we were playing some new characters in the cooperative roguelike/dungeon crawler, Dunegon of the Endless. Developer Amplitude Studios added the familiar Team Fortress 2 characters to the game for FREE; that's right, if you own the game, just fire it up and play as the Pyro, Heavy, Medic, or Engineer.

Back in April, Amplitude Studios - developers of Dungeon of the Endless, Endless Legend, and Endless Space - had a free weekend on Steam where they let users play Dungeon and Legend for free and then, if they wanted, pick it up for a reduced price. If you just played either game, you helped contribute to a larger goal to add new content to both. That content is now live with the "Australium" update.

In addition to the new characters, five new items have been added to the world for you to discover in your attempts to escape from the depths of the planet:

I really like the way Amplitude Studios continues to support their games post-release, and their philosophy of involving the community of players in determining content. Hopefully there's even more content in the works for Dungeon of the Endless; I will take any excuse to play more of that game.